Strong demand for products like washing machines and dishwashers 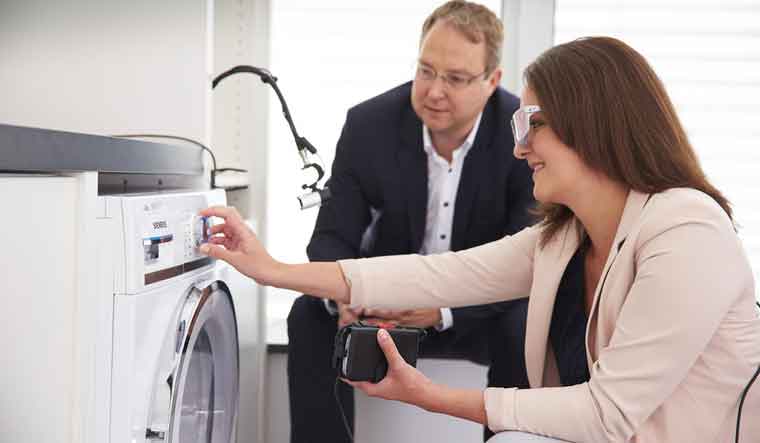 The COVID-19 pandemic, which has forced people to stay and work from home over the last few months, has hit businesses hard. However, one industry that has started seeing strong traction is home appliances, with industry executives stating demand has been strong for products like washing machines and dishwashers.

BSH Home Appliances, which is a part of Germany’s Bosch, says demand for dishwashers has doubled since lockdown was imposed and washing machines and dryers are also seeing a sales uptick as consumer preference shifts to convenience, hygiene and cleanliness. Higher-end mixers and grinders, too, seem to be in demand.

“Since the lockdown, we have witnessed a surge in the demand for dishwashers and we expect to continue seeing this surge. We have grown 2X over this month last year,” Neeraj Bahl, MD and CEO of BSH Home Appliances told THE WEEK.

The company’s production is also now coming back to normal with a 40 per cent workforce.

BSH is not the only company seeing strong demand for appliances. In a recent interaction with THE WEEK, Kamal Nandi, executive vice-president at Godrej Appliances too had said that June had been a big surprise in terms of demand and they were reaching last year’s levels.

BSH, the largest home appliances manufacturer in Europe, sees huge growth potential in India, on the back of changing lifestyles.

“Siemens is a dominant leader in built-in appliances in India, followed by Bosch, which sold its one millionth washing machine unit in India with major demand from metro cities in south India. We also launched Bosch Modern Chulha for the bottom of the pyramid consumers in India,” said Bahl.

The company also has plans to open the first experience center for Gaggenau, German high-end appliances maker, in Mumbai, he added. “We are also in the process of transforming into a hardware plus company that provides not just excellent home appliances, but also services like detergents and other accessories. Our ambition is to be one of the top home appliance brands in India by 2025,” pointed Bahl.

BSH, which entered India in 2010, had announced its refrigerator manufacturing factory in Chennai, two years ago. It already made front-loading washing machines in Chennai. The company has plans to invest Rs 300 crore in that factory.

Bahl said that BSH had plans to enter many other categories in the next 3-5 years and also increase the manufacturing capacity at the Chennai factory.

According to India Brand Equity Foundation, India’s appliances and consumer electronics industry is expected to double to Rs 1.48 lakh crore by 2025, compared with Rs 76,400 crore in 2019.