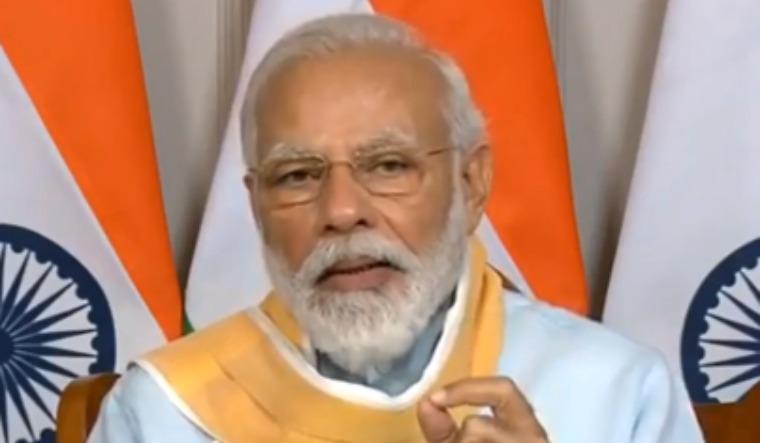 India's decision to open up the coal sector for commercial mining was announced by Finance Minister Nirmala Sitharaman in May as part of the Atma Nirbhar Bharat Abhiyan stimulus package to fight a slowdown induced by the COVID pandemic. "India will turn this COVID-19 crisis into an opportunity. It has taught India to be self reliant. India will reduce its dependence on imports," PM Modi re-emphasised his call for Atma Nirbhar Bharat during the inaugural address. "To make India self reliant in the energy sector, a major step is being taken today," he added.

The prime minister also lambasted the past policies of keeping the sector closed. "India should be the world's biggest coal exporter considering the size of reserves. For decades, the country's coal sector was entangled in a web of captive and non-captive. It was excluded from competition, there was a big problem of transparency. After 2014, several steps were taken to change this situation. Coal sector got strengthened due to the steps taken (by the current government)," he added.

The prime minister announced the Centre's target to gasify around 100 million tonnes of coal by 2030. "I have been told that four projects have been identified for this and about Rs 20,000 crore will be invested in them," Modi informed.

What is a commercial coal mining auction?

The commercial coal mining auction is completely different from the earlier regime of restricted sectors, use and price. Now there are no such restrictions at all.

The proposed auction has business-friendly terms and conditions, including reduced upfront amount, adjustment of upfront amount against royalty and liberal efficiency parameters to encourage flexibility to operationalise the coal mines.

Besides, 100 per cent FDI through automatic route has been allowed and there are reasonable financial terms and revenue sharing models based on the National Coal Index.

The successful bidders will also have flexibility in coal production unlike the past and have provision for incentives for early production and coal gasification.

The mines to be put on auction would be in three categories—small, medium and large. Some of the mines would come into production within a year of being auctioned, a source had earlier said.

The government last month approved a methodology for commercial mining of coal on a revenue sharing basis. The decision was taken during a meeting of the Cabinet Committee on Economic Affairs (CCEA), chaired by the Prime Minister. The methodology approved by the CCEA provides that the bid parameter will be revenue share, the government had said, adding that bidders would be required to bid for a percentage share of revenue payable to the government.