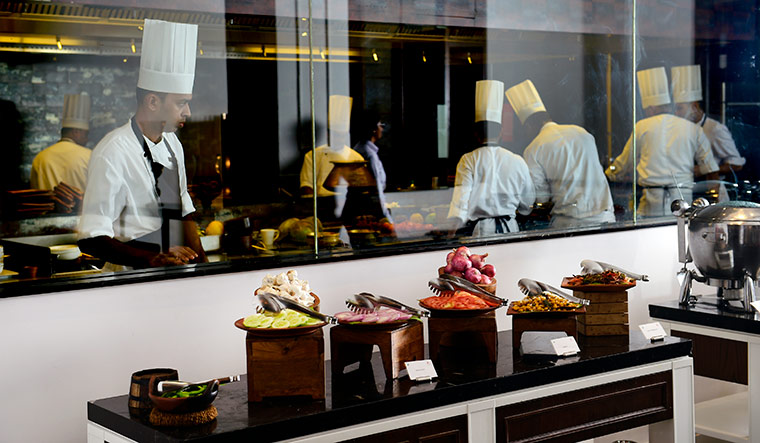 Hotels and restaurants in India have been among the most affected due to the COVID-19 pandemic and the nationwide lockdown enforced to curb the virus from spreading. With only essential services being allowed in most cities during the lockdown, restaurants had to suspend operations. In several cities, shopping centers, which house many organised restaurants, had downed shutters even before the lockdown began on March 25.

It is now being estimated that the crisis and the social distancing norms that will be in place even when the lockdown lifts, will shave off the revenues of the organised restaurant industry by almost half this year. The troubles in the restaurant industry will also have an impact on their suppliers, dairy producers, farmers and logistics companies.

The size of India’s restaurant industry is estimated at Rs 4.2 lakh crore and organised restaurants account for 35 per cent of the industry.

According to ratings agency CRISIL, the organised restaurant business will take at least a year to recover from the pandemic.

“India’s organised dine-in restaurants are on course for a 40-50 per cent cut in revenue this fiscal because of the disruptions caused by COVID-19 pandemic, which have led to outlet closures, job cuts and trickle down effect on the food supply chain,” CRISIL said on Thursday.

As far as organised restaurants go, dine-ins account for 75 per cent, with takeaways and online deliveries making up for the rest. But, dine-in and public entertainment venues in cities such as Mumbai, Bengaluru and the National Capital Region of Delhi have been shut since March 13-14.

While online food deliveries were allowed even through the lockdown, they were only operational in select cities. Moreover, only 20 per cent of the restaurants listed on online platforms were open for deliveries and they were also operating only at 40 per cent of their normal sales volumes, noted CRISIL.

“The organised sector has seen a 90 per cent reduction in sales since the lockdown. Dine-in is not operational and online orders have declined 50-70 per cent,” said Rahul Prithiani, director at CRISIL Research.

He further feels that even when the lockdown is lifted, the rebound will only be gradual.

The government has started easing lockdown restrictions in green zones and to an extent in orange zones now. However, Mumbai and Delhi, which account for almost half of the organised restaurant market are still in the red zone, with around 30 per cent of the coronavirus cases in India.

Due to the crisis, not just restaurants, horticulture farmers, dairy producers, food processing companies, suppliers, logistics companies and even delivery partners will see a hit on revenue.

CRISIL expects restaurants will operate only at 25-30 per cent of their monthly service levels during the first 45 days post lifting of the lockdown due to muted demand and social distancing norms and that will force restaurants to look at reducing fixed costs, which could include shutting some outlets, salaries could be reduced and there could be job cuts, too.

“With the financial health of restaurants impacted, the spectre of significant job losses appears all too real,” warned CRISIL.

Fixed costs account for 30-35 per cent of the income in the restaurant business. With nearly half of the revenue likely to be shaved off this year, restaurants are staring at huge losses.