India must suspend FRBM rules in the near term, says part-time member of PMEAC 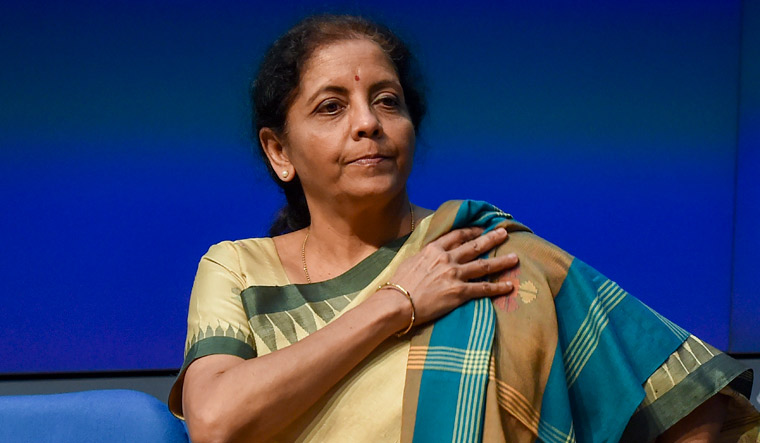 As the COVID-19 outbreak has led to a huge impact on business and economy worldwide, many countries have announced huge stimulus packages. Last month, Finance Minister Nirmala Sitharaman announced a Rs 1.7 lakh crore welfare stimulus for the poor and below poverty line families. However, a larger support for industry is yet to come by. India’s fiscal deficit was already high even before the crisis hit, so it is not going to be easy keeping fiscal health in check, while also offering a stimulus, particularly for the sectors hit hard by the virus outbreak and the lockdown announced to contain the spread.

Anantha Nageswaran, dean at IFMR Graduate School of Business and part-time member of the Prime Minister’s Economic Advisory Council, says India must relax its fiscal policy for 1-2 years in the wake of the current crisis.

Developed economies like Europe and USA have announced huge stimulus packages and the easy money policies are likely to continue for the next few years, in the aftermath of the COVID-19 crisis.

In India, the Fiscal Responsibility and Budget Management Act (FRBM) sets limits on the central government’s debt and deficit, although an ‘escape clause’ allows the government to breach the fiscal deficit targets by 0.5 per cent in times of economic stress, during structural reforms or when there is a sharp de-growth in the economy.

With the economy expected to be hit badly due to the COVID-19-related lockdowns, there may well be a need to relook at the FRBM Act and widen the fiscal deficit now.

“India, to the extent it can, must relax the fiscal policy, must suspend the FRBM rules in the near-term, maybe 1-2 years,” Nageswaran said during a webinar organised by the Ashika Group.

However, he cautioned that from a medium term 3-5 year perspective, it must keep its eyes on fiscal deficits and debt trajectory, given that we were already starting on a high fiscal deficit.

“We should not lose sight of the medium-term fiscal prudence and in the short-term also, nobody is advocating that India does the kind of stimulus that the UK or Germany or other developed countries are able to adopt, because we don’t have the kind of hard currency that they have,” said Nageswaran.

He said basic income transfers to targeted segments of the population could be looked at for a year or two. Protecting jobs and addressing working capital needs, particularly in small and medium enterprises, could also be of immediate focus.

“The biggest chunk of any operating cost of an enterprise is the labour cost. That is where they need support urgently and also on working capital facilities, because many retailers have cancelled orders and companies have already spent money in producing the goods and putting them on transit. So, working capital package and employment preservation package, both have to be designed and put in place very quickly and after that depending on how the situation evolves, further support can be thought of,” said Nageswaran.

India’s economy has slowed over the past 12-15 months, and any recovery expected in 2020-21 will be further delayed due to the current crisis and businesses too are unlikely to invest in new capacities any time soon. This will necessitate a need for fiscal support.

“There is a certain passage of time that will be required before economic activity will come back to full steam. Even private equity and venture capital funds will take some time to start investing. Therefore, fiscal support will be required even if the lockdown were fully lifted either by mid April or late April, regardless of the manner in which the lockdown is lifted,” he said.

The coronavirus first emerged in Wuhan, the epicenter of the outbreak in China before spreading globally. The US and Europe have accused China of hiding information on the outbreak in the initial weeks. Nageswaran feels there will be a major global aversion to China now and that will provide an opportunity for India to take advantage of it in terms of boosting local manufacturing.

“There is going to be a major loss of trust and credibility on the part of China. Geo-politically, India will have an opportunity to position itself, somewhat in a limited way for manufacturing, and more importantly India can pursue a domestic manufacturing strategy, providing support to domestic industry without incurring the wrath of trade representatives or WTO,” he noted.

He also laid out steps that could help attract more foreign capital. “The ease of doing business that India has been pursuing, should happen at the state level as well.  There are still important restrictions on land use conversion from agri to non-agri usage, the floor space index is very low in many Indian states… We can also bring down the overall GST rate structure going forward,” Nageswaran said.

In the wake of the COVID-19 crisis, many central banks have slashed interest rates to near zero. The Reserve Bank of India (RBI) also cut the repo rate by 0.75 per cent to 4.4 per cent from 5.15 per cent on March 27 and Nageswaran says there is more room for interest rates to come down further in India.