Consumer, retail and services sectors could shed around one lakh jobs 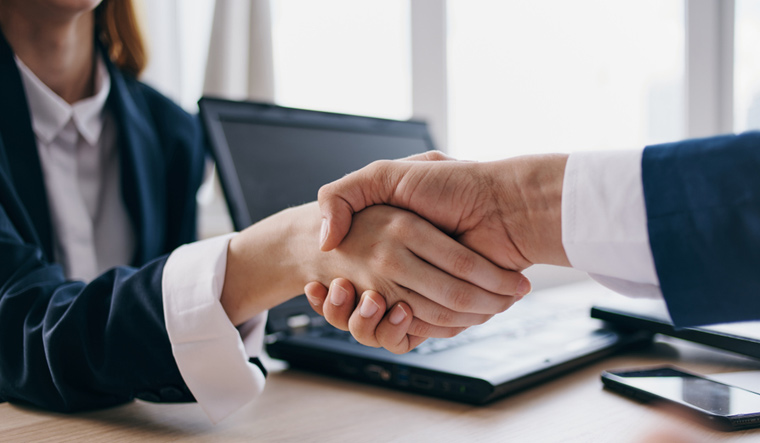 There could be severe job losses across different sectors in India if the corona virus impact continues for few more months. Experts believe that it may take on an average at least four to six months for different businesses to recover from the impact.

The most severely impacted sectors could be the aviation, travel, hospitality, retail, manufacturing and automotive sectors. In the aviation sector pay cuts and warning bells have already started ringing with reports talking about IndiGo already announcing pay cuts for its employees. Many other airlines may follow suit and may even go to the extend of trimming its workforce.

“The aviation sector is already bleeding and I believe that IndiGo has already announced a salary cut for its employees. Besides that GoAir has already retrenched many of its expat pilots. If things do not improve we can expect huge job cuts in the aviation sector. Many of the airline companies take aircraft on lease and have to pay regular money to the leasing companies irrespective of whether they fly or keep these aircraft grounded. All this will put extra pressure on the aviation companies and they will be forced to sack people,” Kris Lakshmikanth the Founder and CEO of the executive search firm Head Hunters India Limited told THE WEEK.

Many international airlines that have operations from India have already announced a reduction in capacity. For instance, Singapore Airlines will be cutting 96 per cent of its scheduled capacity up to the end of April. An airline statement said that the collapse in the demand for air travel has led to a significant decline in its passenger revenues. The company is already having discussions with aircraft manufacturers to defer upcoming aircraft deliveries and hopes to consequently defer payment for those aircraft deliveries. It is also contemplating salary cuts and a voluntary no pay leave scheme up to certain management positions.

Brand expert Harish Bijoor pointed out that COVID-19 is a global issue and is going to shed jobs like a tree in late autumn. “The times are tough. Very tough. As has been seen in the past, there is a kind of inflationary pressure around. As more and more good people chase bad jobs, salaries will tumble and increments will vanish for a while. Jobs most at risk are high salary jobs at the top of the job chain. At the same time the entry level will postpone hiring as far into the future as possible. This is sheer job trauma staring at us in the near future,” said Bijoor.

Experts also say that the COVID-19 affect is such that it can lead to severe to very severe impact on the travel and tourism sector in India with thousands of jobs being axed. “In India many hotels both luxury and budget are running at just 10 percent of occupancy levels as thousands of people have canceled their trips. This may further worsen in the times to come at least till end of this year. For instance, Airbnb announced its guests could cancel their reservations for a full refund. This step would have hurt the company very much. Also, the automotive segment which is already bleeding will also face the brunt of the job losses. Many of their plants are closed and hence will be forced to shunt out temporary workers. Besides this the auto ancillary companies will be forced to shut shop resulting in thousands of job losses in the coming months,” added Lakshmikanth.

Experts have said that though recovery can happen in the next few months this year will be very difficult year for India Inc and could also lead to many job losses from which it would be difficult for the workers to recover, as there would be very limited hiring in the times to come.

“For consumer, retail and services sector (which includes travel, tourism, hospitality, logistics), hiring will be severely impacted. The decline could be nearly 20 per cent. Manufacturing and other core sectors of the economy such as power, infrastructure, mining, agriculture will be cautious in hiring. They are all impacted by the disruption in supply chains. Focus of these organisations will now be on bringing the business to normalcy,” said Aditya Narayan Mishra the Director and CEO of CIEL HR Services.

This expert further remarks that the consumer, retail and services will face the brunt of the Covid-19 affect in a big way and the sector is set to lose at least 100,000 jobs.

“Most of these losses will be in the informal economy of jobs such as tour operators, drivers, guides, billing, customer service, operations and micro retailers. For formal sector (organised sector), employees with PF and other such benefits would also be impacted. Similarly, manufacturing, engineering, construction will shrink by about 70,000 jobs including the people working in unorganised sectors from April-June. Due to the lockdown in a huge number of districts, lakhs of people are losing their daily wages. The recovery is expected in July-Dec 2020,” added Mishra.

In the retail segment the impact can be severe currently due to the temporary shut down in the supply chain. Praveen Khandelwal CAIT Secretary General observed that many of the wholesale dealers are suffering and many of the temporary workers working in the wholesale market are expected to loose their jobs as they earn on a daily basis.

“Many of such temporary workers depend on their day to day earning. In case of a lockdown and a partial lock down there is no activity in the wholesale market and that is going to affect the market and there would be no job for the daily workers,” said Khandelwal. He also felt that short term corona cash loans at reduced interest rates should be given to domestic small industries to boost the production and to the traders for maintaining effective and uninterrupted supply chain across the country and the government and the RBI should underwrite such scheme.

Experts also observe that there could be some hiring activity in some sectors that are bound to grow. “Hiring in e commerce and e logistics sectors is bound to grow in the coming months despite the Covid-19. Many people are preferring to buy items through the e-commerce sites as the physical retail has taken a back seat. At the same time hiring in the pharma sector, FMCG and the telecom will be up in the coming months as these are sectors that will witness growth in the coming months,” said Dr Saundarya Rajesh a social entrepreneur and the founder-president of Avtar