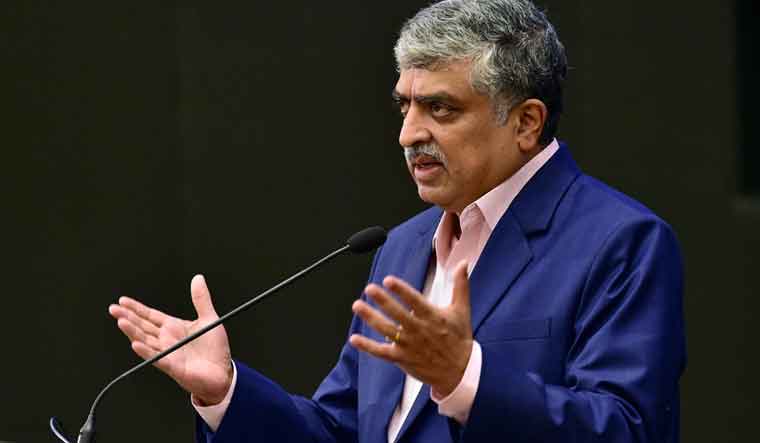 The finance ministry has asked Infosys to provide within 15 days a plan for quick resolution of glitches on the GSTN portal, as it took strong note of the "unresolved" problems and "tardy" progress made over the last two years on multiple issues faced by taxpayers in filing returns.

On Saturday, Revenue Secretary held a meeting with top Infosys officials on the persistent glitches seen on GST network, and decided to ask Infosys Chairman Nandan Nilekani to make an urgent presentation before the GST Council on March 14.

Meanwhile, in a strongly worded letter to Infosys on March 5, the ministry said some of the problems highlighted as early as 2018 are still unresolved and failures month after month lead to genuine taxpayers "getting frustrated".

"It is requested to go through the pending issues, day-to-day disruptions and the future road map and come up with a plan for quick resolution within 15 days. Infosys has set high international standards and it is expected that the efficiency which your organisation is known for should be visible in GST project also," the ministry said in the letter to Infosys.

The IT company has developed the software for GST Network (GSTN), which provides the technology backbone for Goods and Services Tax (GST).

Highlighting the issues faced on the GSTN portal, the ministry said even though the GST system has been in operation for the last 30 months, there have been instances of taxpayer complaints on facing issues in filing returns in the last two days of filing of returns (for GSTR-1 and GSTR-3B). "It is noticed that MSP (Master Service Provider) M/s Infosys have been repeatedly asked to take timely action and to identify the root cause of issues after each event and taken corrective action. However, problem still persists," it said.

The ministry said such glitches on the portal leads to an unhealthy tax compliance requirement more so when on account of such disruptions some taxpayers end up becoming liable for payment of late fee, interest.

The ministry has been working to shore up GST revenues. During April-January period this fiscal, GST collection stood at Rs 10.19 lakh crore, down from Rs 11.7 lakh crore in the year-ago period.