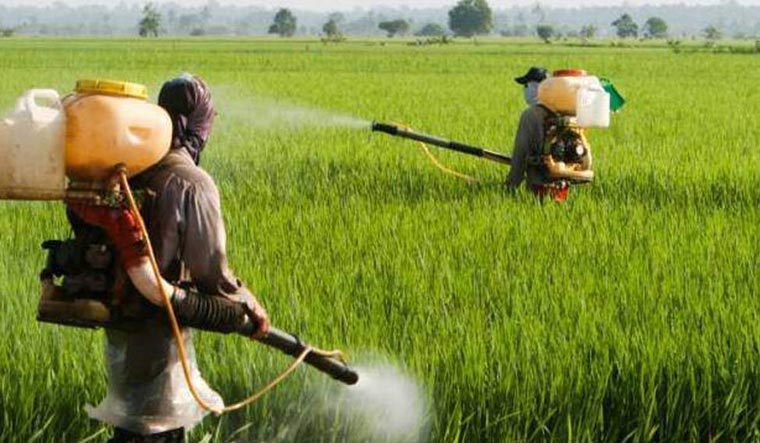 During the budget speech 2020, Finance Minister Nirmala Sitharaman said that the Centre was committed to the goal of doubling farmer income by 2022; the budget set the agricultural credit target at Rs15 lakh crore. Sitharaman said that the Centre has insured 6.11 crore farmers under Pradhan Mantri Fasal Bima Yojana. In a push for solar technology, the minister announced that 20 lakh farmers will be provided funds for setting up standalone solar pumps. "The government proposes a 16-point action plan to boost agriculture and farmers welfare. Agricultural services need copius investments," she said. The minister announced that, in order to sustain a national cold supply chain for perishables, Indian Railways will implement Kisan Rail, which will be undertaken through the PPP model, for rapid transport of perishable goods. The minister announced that Krishi Udaan will be launched by the civil aviation department on national and international routes.

Other highlights included the minister calling for "balanced use of fertilisers", warehouse storage facility on the land owned by FCI and Warehousing Corporation of India, comprehensive measures to reduce the difficulties of 100 water-stressed districts.

The previous year's 2019 budget, to address issues like agrarian distress and farmer suicide, had allocated Rs 1,51,518 crore on agriculture and allied activities. This was almost twice the Rs 86,602 crore that was spent in 2018-19, which in turn exceeded the original estimate of Rs 63,836 crore. The single largest chunk of this spending had gone towards Pradhan Mantri Kisan Samman Nidhi, the PM-Kisan for short. A sum of Rs 75,000 crore has been allocated for this central government scheme, up from Rs 20,000 crore in 2018-19 when the scheme was rolled out. It intends “to provide income support to all farmer families across the country, to enable them to take care of expenses related to agriculture and allied activities as well as domestic needs.”

For farmer welfare, a sum of Rs 900 crore was allocated via the the Pradhan Mantri Kisan Pension Yojana.  The scheme aims to provide social security net for small and marginal farmers. A minimum fixed pension of Rs 3,000 per month will be provided to eligible small and marginal farmers when they turn 60, subject to some exclusion clauses. A voluntary and contributory scheme with an entry age of 18 to 40, around 5 crore farmers are expected to be covered in the first three years under the Pradhan Mantri Kisan Pension Yojana.

What the opposition demanded

Ahead of the budget, the Congress had asked the government to announce a national farm loan waiver and a minimum income scheme in the upcoming Union Budget, as well as spell out measures to ensure farmers' income doubles by 2022. Congress leader Prithviraj Chavan had demanded a reduction in GST rates on agriculture inputs to less than five per cent and said the government should announce measures like universal basic income to put more money in the hands of farmers and the poor so that their consumption increases. He demanded that the government bring petrol and diesel under the GST regime, saying it will help provide relief to farmers who have been paying higher rates. The Centre has earned over Rs 13.5 lakh crore by way of taxes on petroleum products, Chavan said.

"The BJP government instead of producing any results, has only been busy in changing the goalposts during the past 5.5 years, sometimes by giving a target of year 2022, and sometimes by raising divisive issues for distracting the attention of people," he said. The BJP came to power with the promise of giving 50 per cent profit on cost of farm produce to farmers, he claimed.

But, so far, farmers have been left at the mercy of their fate and "the government has been only trying to mislead them with false jumlas", Chavan alleged. "In all the budgets of the BJP, till date, farmers have suffered deception of mirages and numerous promises were made to mislead them. In the Budget 2020, we hope and request the finance minister that the farmer who is the annadata of this country should not be betrayed any more," he said.

Chavan said the government must tell by how much income of farmers has increased in the last five years, as part of its promise of doubling their income by 2022. "We want to know, as we are aware that nothing has happened so far. The budget should also provide a detailed outline of how to double farmers' income by 2022 and what steps have been taken," he told reporters. The government should announce a national farm loan waiver on the lines of the previous UPA government's step undertaken in 2008 to benefit 14 crore farmer families in the country, Chavan said.

"We demand that the government should put more money in the hands of 95 per cent poor who live in rural areas and help improve consumption through schemes like MNREGA. "The government should also bring a universal basic income scheme to ensure that there is direct benefit to people and money should go into their accounts directly to help improve consumption levels," he said.

He said this has created doubts over the government's claims of making India a USD 5-trillion economy by 2024, as the agriculture sector has a contribution of over 15.5 per cent in the country's GDP but it is growing slowly. "How will India's dream of becoming a USD 5 trillion economy be accomplished," he asked. The Congress leader alleged that the BJP government has given far lesser minimum support price to farmers than its commitment, yet they are not getting the declared MSP.

He alleged that it is BJP's conspiracy to lock-out the Food Corporation of India (FCI) as its government has virtually stopped releasing food subsidy amount to the corporation during the past five years and Rs 1.74 lakh crore payable to FCI by the BJP government is still outstanding. Chavan also accused the central government of owing money to states, with Rs 15,000 crore to Maharashtra alone. The central government is not honouring its commitment to states, he alleged.

The Congress leader said the zero budget natural farming is a "bogus scheme" and there should be a scientific investigation into it. He also alleged that the crop insurance scheme is a "failure", as only big insurance companies are benefitting, going by the compensation of only Rs 153 crore paid against premium collected to the tune of Rs 25,000 crore from farmers. "This is very unfair," he said.