IRCTC reimburses Rs 100 for a delay of one hour, Rs 250 for more than two hours 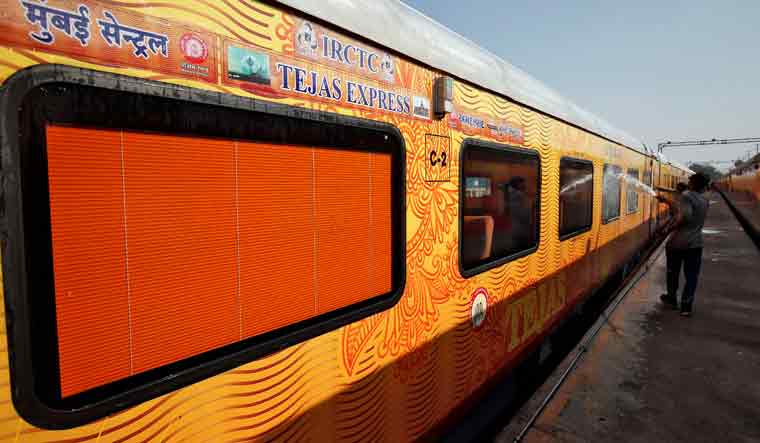 The Indian Railway Catering and Tourism Corporation (IRCTC) said on Wednesday that it will pay a compensation of Rs 100 each to around 630 passengers of the Ahmedabad-Mumbai Tejas Express because of a delay.

The Express, the second IRCTC-run train which commenced commercial operations from January 19, was delayed for over an hour on Wednesday afternoon as it was entering Mumbai.

The train reached the Mumbai Central station around 1 hour and 30 minutes late.

"Passengers will have to apply as per our refund policy. They will be given refund after verification," said the IRCTC spokesperson.

According to railway officials, the premium train departed from Ahmedabad at 6.42 am, two minutes late. But it arrived at Mumbai Central at 2.36 pm instead of the scheduled time of 1.10 pm.

The Tejas Express and a few other suburban and outstation trains were held up due to a technical problem between Bhayander and Dahisar stations on the outskirts of Mumbai.

Until 3.30 pm at least eight suburban services were cancelled.

The IRCTC spokesperson said that as the train was delayed, around 630 (of the total 849 passengers) who travelled up to Mumbai Central will be given compensation.

It means the Corporation will be paying around Rs 63,000 to passengers, depending upon the number of claims.

IRCTC officials said that passengers can claim the compensation by calling at 18002665844 or sending email to irctcclaims@libertyinsurance.in.

They will have to provide a canceled cheque, PNR details and Certificate of Insurance (COI) number.

Sources said several passengers were irked by the delay. The train was given a two-minute "technical halt" at Andheri for the benefit of those who wanted to reach the airport.

In October, IRCTC paid more than Rs 1.62 lakh as compensation for a three-hour delay.