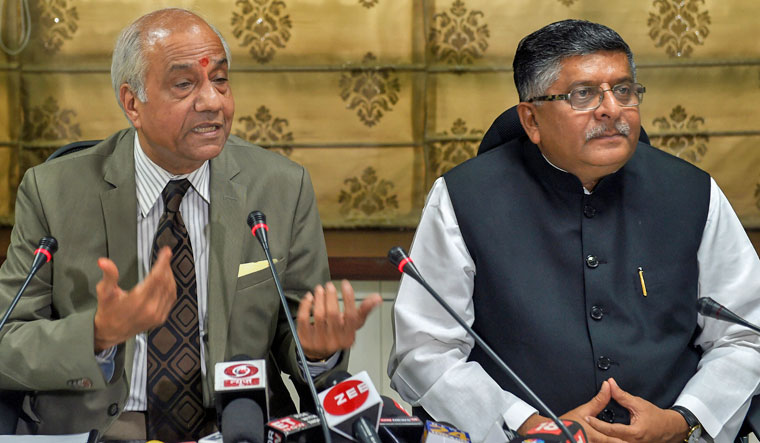 Justice B.N. Srikrishna, who headed the panel that brought out the first draft of the Personal Data Protection (PDP) Bill, has warned that the current version, tabled in the Lok Sabha, has removed safeguards against governmental interference and hence, can turn the country ino an 'Orwellian state', in reference to George Orwell's novel 'Nineteen Eighty Four'. "They have removed the safeguards. That is most dangerous. The government can at any time access private data or government agency data on grounds of sovereignty or public order. This has dangerous implications. It will weaken the bill and turn India into an Orwellian State," Srikrishna told The Economic Times.

“The Select Committee has the right to change this. If they call me, I will tell them this is nonsense. I believe there should be judicial oversight on government access,” Srikrishna added. The Lok Sabha referred the Personal Data Protection Bill to a joint select committee, comprising 20 members from the Lok Sabha and 10 from the Rajya Sabha, on Wednesday.

Srikrishna claimed that the panel had put safeguards on processing of personal data in the interests of the security of the state. It explicitly stated that it should be authorised pursuant to a law, must be necessary and proportionate to interest being achieved.

It had also implied that the government had to adhere to the Supreme Court’s privacy judgement in 2017, which mandates the government to declare a specific objective for collecting private data, the authorities ordering this and what procedures it will follow.

However, the draft bill, released by the panel last year, has undergone extensive inter-ministerial consultation post that.

The draft bill has a proposal that seeks to empower the Centre to exempt any government agency from the provisions of the proposed legislation while accessing personal details of the citizens. The expemption might challenge Supreme Court's right to privacy judgment of August 2017.

Srikrishna believes removal of the exemptions is imperative for safeguarding personal privacy in India.