India, US to ink trade deal before year-end? 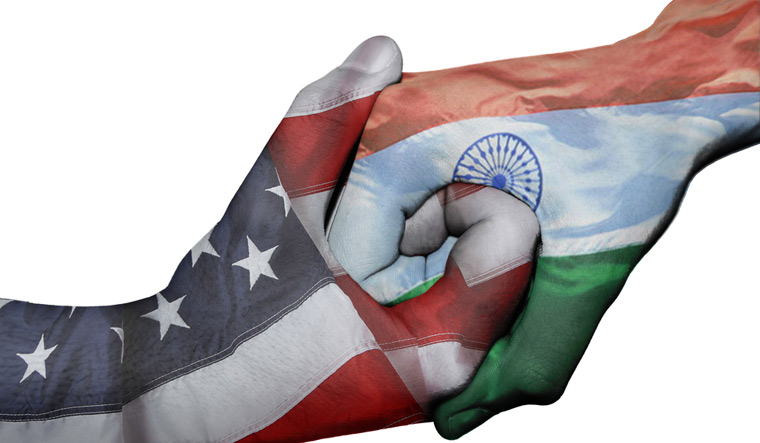 India and the US are "quite optimistic" that they will ink a trade deal before the end of this year, a senior Indian diplomat has said.

Manoj Kumar Mohapatra, Minister (Commerce) in the Embassy of India in Washington, said on Wednesday that Commerce and Industry Minister Piyush Goyal will visit the US next week during which he will hold discussions over the trade deal.

"We have held several discussions with the US Trade Representative office and Ambassador Robert Lighthizer for the trade talks," Mohapatra said at an event held in the Consulate General of India, New York. During his US trip, Goyal will visit both Washington and New York.

"We will be continuing our trade talks. We are quite committed that before the closing of this year, we will be having an agreement which will be giving a boost to further our trade relationship," Mohapatra said.

Highlighting the strong India-US relationship and the potential for bilateral ties in the area of trade to increase substantially, he said, "Both the sides are quite optimistic that the trade deal would be inked before the end of the year."

Mohapatra was speaking at the launch of the North East New York Regional Chapter of the Indian American International Chamber of Commerce, where Federal Communications Commission Chairman Ajit Pai was the Chief Guest.

He said currently the Indo-US bilateral trade stands at about $150 billion and "this is increasing by 10 per cent every year". With the Narendra Modi government targeting to make India a $5-trillion economy by 2024, Mohapatra said the next-generation cooperation between the two countries will be in areas such as Artificial Intelligence and data mining. He also underscored the strong defence cooperation between the two largest democracies.

In September, US President Donald Trump said that America will soon have a trade deal with India to boost economic ties between the two nations. "I think very soon. We are doing very well. (US Trade Representative) Robert Lighthizer who is right here negotiating with India ... I think, very soon we will have a trade deal," Trump had said in response to a question by PTI ahead of his bilateral meeting with Prime Minister Narendra Modi on the margins of the high-level UN General Assembly session.

India is demanding exemption from high duties imposed by the US on certain steel and aluminium products, resumption of export benefits to certain domestic products under their Generalised System of Preferences (GSP), greater market access for its products from sectors, including agriculture, automobile, auto components and engineering.

The US, on the other hand, wants greater market access for its farm and manufacturing products, dairy items and medical devices, and cut on import duties on some information and communications technology (ICT) products.