Tomato prices have spiked by almost 70 per cent in Delhi, other cities 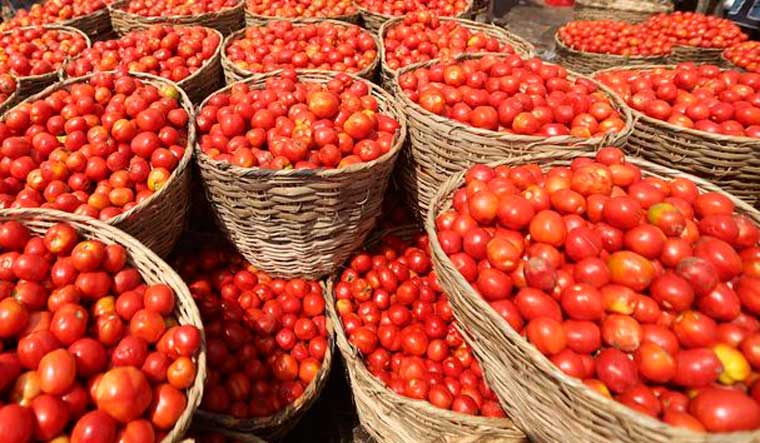 After onion prices hitting the roof, customers are now faced with unprecedented spike in tomato prices. The price hike caused by supply shortages and uncertain weather changes have caught the customers offguard during the festive season.

Since the past few weeks, tomato prices have spiked by almost 70 per cent in Delhi. The average price of 1kg tomato has increased by around Rs 12 in a week in Delhi. It rose from Rs 35 on September 19 to Rs 45 on Thursday. In Varanasi, the prices rose by Rs 15 to Rs 45 from Rs 30 a week ago, data from the Department of Consumer Affairs showed. A similar hike was witnessed in Meerut where a kg of tomatoes were sold for Rs 38 on Thursday.

In, Surat and Bhubaneswar, unprecedented rise in tomato price saw the vegetable being sold at Rs 40. In Bhubaneswar, the price was just Rs 20 a week ago.

The shortage is getting worse as southern cities, which were more or less showing stable prices as of Thursday, have seen a spike on Friday. The prices of vegetables in Maharashtra, Karnataka and the northern regions shooting up due to various factors including rains.

The rise in tomato prices comes as a double whammy for customers already hit by onion prices shooting up this week. Onion prices have skyrocketed to as high as Rs 70-80 per kg over the past month in some parts of the country due to supply disruption from flood-hit onion-growing states like Maharashtra. Last week's rainfall has further affected the supply, due to which onion prices have surged up to Rs 70-80 per kg in the national capital and other parts of the country, as per trade sources.

The Centre has taken several measures to arrest the prices of onion in Delhi and other parts of the country. It is offloading onion from its buffer stock through agencies like Nafed and National Cooperative Consumers' Federation of India (NCCF), which are selling at around Rs 22/kg and state-run Mother Dairy at Rs 23.90 per kg in the national capital.