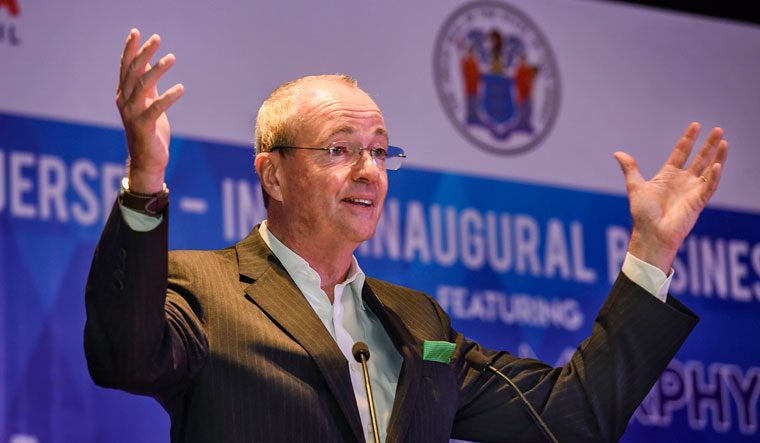 Amidst visible signs of bonhomie between Prime Minister Narendra Modi and US President Donald Trump, the US is expecting more meaningful cooperation with India.

The New Jersey governor, who is on his first diplomatic visit to India, met PM Modi and said his state would like to build a robust partnership with India. He also sought to promote closer ties with more Indian companies, who would want to do business in the US.

Agreements were reached between the New Jersey governor and PM Modi for cooperation in the fields of STEM (Science, Technology, Engineering and Mathematics) and higher education.

New Jersey is also home to more than 300,000 Indians who comprise 3.3 per cent of the state's population. The state has the largest concentration of Indian diaspora living in the US. Global headquarters of many Indian companies, including Tata Steel, Infosys, Wipro, HCL and Sun Pharma, are located in New Jersey.

"Indian companies are one of the largest job creators in New Jersey. More than 9,300 jobs have been created by Indian companies," said Tim Sullivan, CEO, New Jersey Economic Development Authority, and a member of the New Jersey governor's delegation to India.

"Indians have also contributed to the talent pool in this city. We have one of the best education systems in the US, which means a good family life for you or your employees," he said while addressing a meet of Indian investors and industrialists, hosted by Federation of Indian Chambers of Commerce & Industry (FICCI) and US India Business Council (USBIC).

"This is perhaps the best time in the India-US relations and we welcome you to take your decision to move to New Jersey. We have a better view than New York and we have a cheaper rental," Murphy said at the FICCI-USBIC investors' meet, after his meeting with the prime minister.

On Sunday, Trump's office confirmed his consent to attend the Indian PM's 'Howdy Modi' rally to be held in Houston. Later, in a tweet, Indian acknowledged the US president's approval to attend the event, which would be attended by over 50,000 Indians, as a 'special gesture'

"The special gesture of President @realDonaldTrump to join us in Houston highlights the strength of the relationship and recognition of the contribution of the Indian community to American society and economy. #HowdyModi," Narendra Modi had tweeted.

"The prime minister appreciated the personal attention paid by the governor for the well-being of the Indian American Community in New Jersey and stressed their importance as a bridge between India and their host," a media statement from the Prime Minister's Office said after the New Jersey governor's visit.

India and New Jersey has an annual bilateral trade of $8.3 billion. India is the fourth largest trading partner for the state.