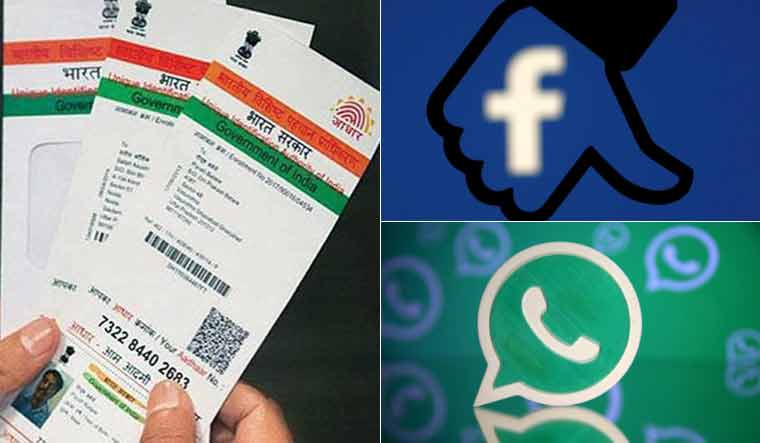 The Supreme Court on Tuesday agreed to hear a plea of Facebook Inc for transfer of cases related to demands for linking of social media profiles of users with Aadhaar number, pending before the high courts of Madras, Bombay and Madhya Pradesh to the apex court.

The top court issued notice to the Centre, Google, Twitter, YouTube and others and sought their response by September 13.

A bench of justices Deepak Gupta and Aniruddha Bose said the notices to unserved parties should be sent through e-mail.

The bench said the hearing in cases related to linkage of social media user profiles with 12-digit Aadhaar number, the Biometric Unique Identity, pending before the Madras High Court will continue but no final order will be passed.

Attorney General K.K. Venugopal, appearing for the Tamil Nadu government told the bench that the Madras High Court has conducted 18 hearings so far and it should be allowed to conclude the argument and deliver the verdict in the cases.

Senior advocates Mukul Mohatgi and Kapil Sibal, appearing for Facebook and instant messaging app WhatsApp, respectively, said whether service providers can be asked to share data with probe agencies to help them in criminal investigation needs to be decided by the apex court as it will have a global effect.

They said that both Facebook and WhatsApp are international companies having their operation in over 150 countries and any findings by the Madras High Court would have a bearing on their global operations.

Venugopal referred to the Blue Whale game and said several young lives were lost due to directions given by the curator.

He said governments did not get any clue about the curator in the Blue Whale game and therefore, it is necessary to find out who is the originator of such messages on social media which are defamatory, terror-oriented or fake news.

Both Facebook and WhatsApp told the bench that Blue Whale game has nothing to do with their platforms and if data is shared with third parties, it will be a breach of privacy.

To this, the bench said it seems to be a conflict between right to privacy and right to govern the country and the court has to maintain a balance between the two.

The apex court on Monday was told by the Tamil Nadu government that social media profiles of users need to be linked with Aadhaar numbers to check circulation of fake, defamatory and pornographic content as also anti-national and terror material.

Facebook Inc had said that it cannot share Aadhaar number with a third party as the content on its instant messaging Whatsapp was end-to-end encrypted and even they do not have access to it.

It had contended that there are four petitions—including two in Madras High Court, one in Bombay and one in Madhya Pradesh High Courts—and they contained almost similar prayers.