Corporate tax for large firms to be gradually cut to 25%: Sitharaman 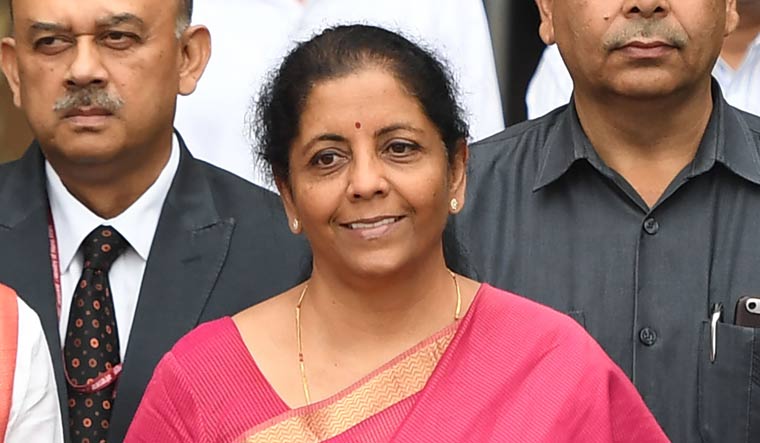 Finance Minister Nirmala Sitharaman on Monday said corporate tax rate for companies with over Rs 400 crore turnover will be gradually cut to 25 per cent and the government will support wealth creators.

In her maiden budget last month, she had cut corporate tax for companies with annual turnover of up to Rs 400 crore to 25 per cent from 30 per cent earlier.

In 2018, the then Finance Minister Arun Jaitley had cut the corporate income tax rate to 25 per cent for companies with a turnover of up to Rs 250 crore.

Sitharaman said the theme of this year was ease of living and every policy and scheme have been designed with that guiding principal in the mind. "I would like to underline the fact that we are conscious of that the Indian entrepreneurs are the ones who have been the wealth creators, job creators of this country...we are proud of them and we shall keep supporting them. Every attempt of the government will be towards promoting them, to understand them and also to facilitate them," she said.

That is the spirit with which many of the things have been announced and that is why the corporate tax was brought down, she added.

In a bid to align corporate tax with the global standard, former Finance Minister Arun Jaitley had announced reduction in tax from 30 per cent to 25 per cent in phased manner. "Only 0.7 per cent are left... Even for them gradually, hopefully in the long run, we will be able to bring down the tax to the level of 25 per cent," she added.

She did not give a timeframe for the reduction.

Modi had in his Independence Day address to the nation on August 15 had extolled the role of wealth creators and said they must not be viewed with suspicion.

"Indian wealth creators, entrepreneurs should be extended all kinds of support and tax is one of the foundations... we should have more facilitating rates rather than suffocating rates of taxation. We are doing many such things," Sitharaman said.

With regard to tax administration, the Finance Minister said tax administrators become facilitators and people who pay tax are treated with a lot of understanding.

To achieve this objective, she said the ministry has decided to hold meetings of tax administrators across various Tier II cities in the country.