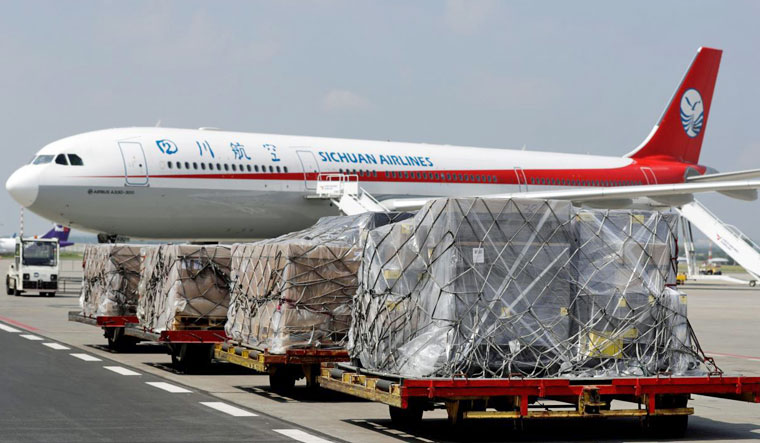 Union Minister of Commerce and Civil Aviation, Suresh Prabhu, on Tuesday unveiled a new national air cargo policy aimed at ensuring efficient flow of goods across India, facilitating all indigenous export and import of goods, and making India a transit cargo hub of choice to-and-from other parts of the world.

The policy mandates integrating post offices to the air cargo value chain at the village post office level, and development of regional and state cargo hubs, which will act as gateways for the region and states, connected by domestic trade corridors to production hubs.

“The domestic and international air cargo network will dovetail with the postal network through a common user platform to provide first and last mile connectivity for air cargo. Any air logistics company will be able to connect with the postal network based on a pre-defined connectivity interface. This will connect villages to both the urban domestic market and international markets providing free flow of goods through air cargo," the policy document states.

Furthermore, the aim is also to leverage India's geographical location as a transit hub between Europe and Southeast Asia and a gateway to the South Asian region.

The government also aims to do away with paper correspondence and implement digital transactions where ever possible, which it hopes will reduce the time cargo is held up at airports, while also eliminating revenue leakage in the logistics chain. Use of new technology like internet of things, artificial intelligence and block chain will also be encouraged.

“The exponential growth in passenger traffic, if it is now going to be further accelerated because of cargo movement, then imagine the growth that will happen in the aviation sector,” said Prabhu, speaking at the FICCI Global Aviation Summit.

The air cargo policy comes close on the heels of the cabinet approval for the agriculture export policy last month. The agri export policy aims to drive India's exports to $100 billion and air cargo and logistics will play a big role.

“Aviation is an integral part of logistics. The idea is to create logistics hubs in India, but also to link ourselves to the logistics chains of the world,” said Prabhu.