Now, a Kudankulam lane in Russia 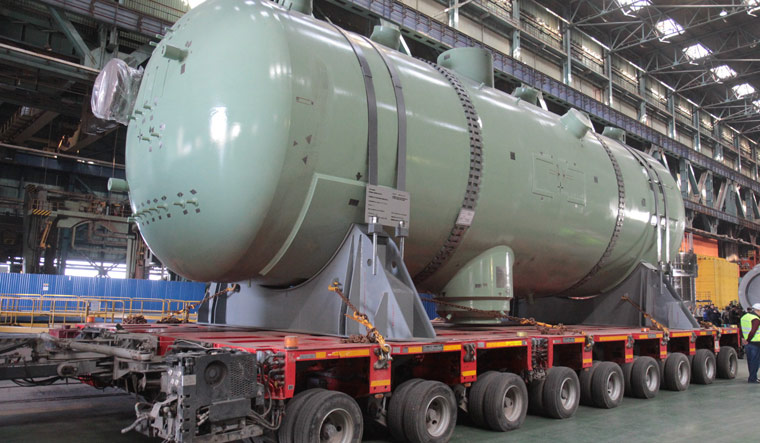 Russians have always had a fancy for India. Many Russian parents used to name baby girls as Indira in the 1970s, just as names such as Lenin and Stalin have been popular among left-leaning families in Kerala, Tamil Nadu and West Bengal. A sign board with the name Kudankulam Alley displayed on it

There are streets in Moscow and other Russian towns named after Indian leaders, and now they have even got a Kudankulam Lane in a south Russian town. The town council of Volgodonsk have christened a lane located next to the Atommash plant as Kudankulam Alley.

The corporation has also planted 20 catalpa trees in the town after the Atommash shipped out four steam generators PGV-1000M for KKNPP Unit 3. "We started a tradition of planting new trees after each major shipment,” said Andrey Nikipelov, CEO of Atomenergomash in a press statement. “Let them grow long, at least as long as our equipment works at the plant."

The steam generators will reach St. Petersburg city of Russia on huge barges. From there, they will travel around Europe, pass through the Suez Canal, and reach Tamil Nadu, traversing 21,000 km.