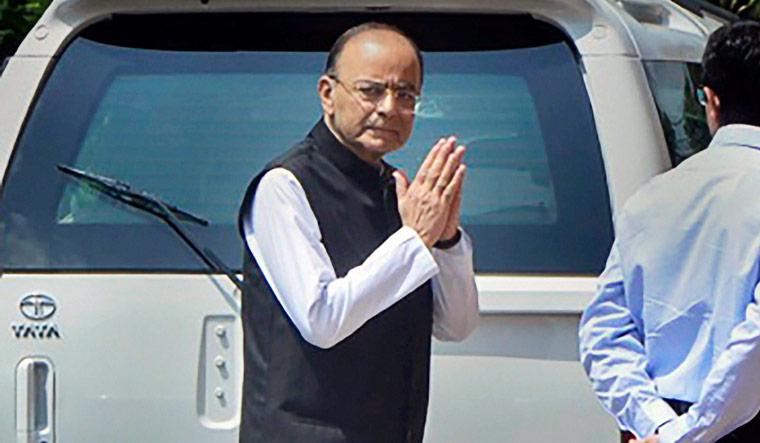 The Union government on Wednesday welcomed the Supreme Court's judgment on Aadhaar, calling it an “extremely welcome decision”.

“Supreme Court has upheld the concept and legislation of Aadhaar and UID after its judicial review,” said Finance Minister Arun Jaitley during the cabinet briefing.

“Centre is empowered to serve benefits to poor on the basis of Aadhaar,” he said, while admitting that he hasn't yet read the elaborate, 1,000 plus page judgment of the apex court.

Jaitley said the Union government had been able to save more than Rs 90,000 crore every year by making Aadhaar ID compulsory. “You cannot defy technology,” he added.

Both Jaitley and Union minister Ravi Shankar Prasad claimed that the media was misreading the apex court judgment on use of Section 57 of the Aadhaar Act, which allowed private entities to avail Aadhaar data.

“My sense is that it has only said that certain uses of Aadhaar by private entities would have to be legalised. We will read the judgement and take a view,” Jaitley said on the controversial section.

He said the judgment had also vindicated his government’s stand that UIDAI bill is a money bill.

“Today's judgment proves that Aadhaar, which they had once introduced and are objecting to today, is not a draconian law as the (Congress) is now projecting,” said Prasad.

Meanwhile, the Union cabinet also approved special assistance of Rs 5,538 crore to sugar mills, to be doled out in the current sugar market year. A bumper sugar crop is expected this year and the next.

The assistance to sugar mills would be provided to cover freight, transport and handling costs of the sweetener for exports. Also, a cane purchase assistance will be paid to sugar mills which had left large number of sugarcane farmers in the country in perpetual debt.

The National Digital Communication Policy, 2018, was also approved by the cabinet on Wednesday. “This will allow new technologies like 5G, IoT, machine-to-machine communications and others to function in the country,” said Manoj Sinha, Union telecom minister.

To strengthen the Medical Council of India, the government has decided to set up an oversight committee, comprising five experts from top medical institutes in the country. “The oversight committee will approve every decisions taken by the current MCI body,” Jaitley said at the briefing after the cabinet and cabinet committee on economic affairs meeting.

The CCEA approved funding of a new airport terminal in Patna and a 284km electrified railway track in Chhattisgarh, to be built at a cost of Rs 5,538 crore.