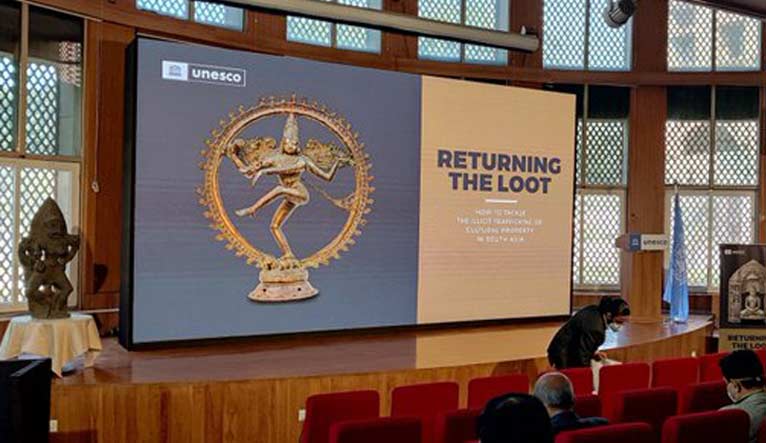 In a workshop on illicit trafficking of cultural property, organised by UNESCO New Delhi and Anant National University, Australia was singled out and praised as the country most cooperative when it comes to returning ill-gotten cultural objects.

The two-day capacity building workshop focusing on the means to combat illicit trafficking of cultural property in South Asia was held at UNESCO House on December 15 and 16 in the presence of senior government officials, experts, representatives of international organisations and diplomatic missions. Titled  "Returning the Loot”, and based on the principles of the 1970 UNESCO Convention on the Means of Prohibiting and Preventing the Illicit Import, Export and Transfer of Ownership of Cultural Property, the gathering aimed to raise awareness on the need to strengthen national legislation and tighten controls, establish greater regional cooperation, and strengthen security in museums and at heritage sites.

Among the countries most ready to cooperate on illegal trafficking of cultural property, Australia has returned a number of objects in recent years and has pledged to return 14 more objects in 2022.

"One of the tools at our disposal is the 1970 UNESCO Convention but international partnerships and regional cooperation must be significantly bolstered,” said Eric Falt, Director of UNESCO New Delhi, opening the deliberations. He pointed out that the workshop was held in the wake of the recent return of 157 artefacts and antiquities from the United States on the occasion of the visit there of Prime Minister Narendra Modi in September.

"India can become a leading country in fighting illicit traffic in cultural property. A comprehensive systems approach has been scoped to develop a framework for safeguarding all forms of India's rich heritage, especially in the context of international looting during the pandemic," said Amareswar Galla, UNESCO Chair on Inclusive Museums and Sustainable Heritage Development at Anant National University.