American intervention in Guatemala changed the history of Latin America 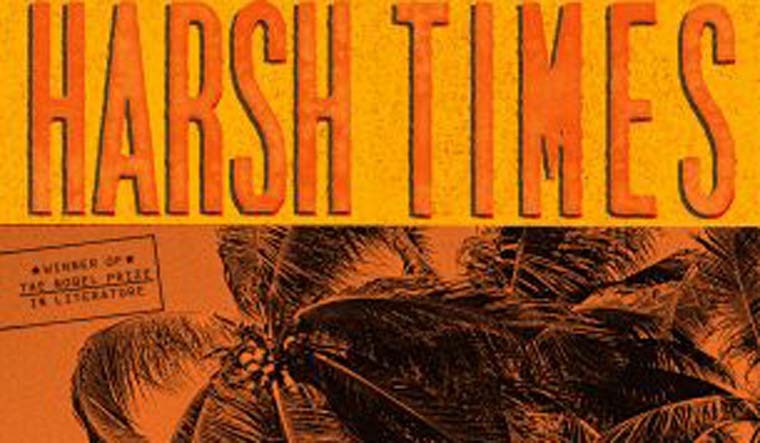 Harsh Times (Tiempos Recios) is the latest offering of the Peruvian nobel prize winner Mario Vargas Llosa. The novel is about the overthrow of the leftist Guatemalan president Jacobo Arbenz by CIA at the behest of the United Fruit Company. This crude regime change to safeguard the profits of a private company was labelled as “war on communism” by the US propaganda.

It is based on the real life events of what happened in Guatemala in 1954. Even the names of most of the leading characters in the novels are real names. So the novel reads like real history. There is no magical realism. It is pure realism. Of course, the Latin American reality is more fantastic than fiction sometimes. Llosa has embellished the characters and exaggerated events to spice up the story. But the spice is much less in comparison to Llosa’s other historical novel The Feast of the Goats ( about the Trujillo dictatorship in Dominican Republic) which has more fantasy and labyrinths. Llosa has made an interesting link between the two novels through the character of Marta Borrero Parra (Miss Guatemala), the wife of attorney Arturo Borrero Lamas who leaves him to become the mistress of President Carlos Castillo Armas, (Gloria Bolaños Pons was the real life mistress of Armas) later as lover of Trujillo’s intelligence chief Johnny Abbes Garcia followed by becoming radio propagandist for President Trujillo in Dominican Republic, and as informant of CIA which arranges asylum for her in US in the end. Llosa has also brought in the role played by Trujillo directly and in collaboration with CIA in the overthrow of the Arbenz government and assassination of President Castillo Armas.

Harsh Times is not one of the best novels of Llosa. It is a bit lame by Llosa's standards. But this is understandable given his ripe old age of 85. He continues reading (every morning) and writing even now. It is unusual to see that Llosa, the political conservative, has shown sensitivity and sympathy to the Left in this novel. But in his political discourses he continues his right wing positions. He supports the right wing Chilean Presidential candidate Antonio Kast standing against the leftist Gabriel Boric in the elations to be held on 19 December. In the last Peruvian elections held in June 2021, he supported the rightist Keiko Fujimori who stood against the leftist Pedro Castillo.

The story starts with the American company United Fruit which owned banana plantations in Guatemala and exported to US. The company was the largest land owner in the country. It had bribed and coerced the Guatemalan governments to let them have such large land, own the infrastructure such as railways, power stations and ports, subject to virtually no tax and get away with very low payments to the workers who were kept in miserable slave-like conditions. President Arbenz tried to correct this injustice. He passed a land reform bill through which unused land of the company was to be taken away by the government for distribution to landless peasants. The government agreed to pay compensation to the company based on the value declared by the company itself for tax purposes. The government also proposed to tax the company and improve the conditions of their workers. But the company would have nothing of it. The company complained to the Dulles brothers, who were their shareholders and former legal advisors. One of them ( John)  was the Secretary of State and the other one (Allen) Director of CIA. The two used their combined clout and the whole weight of the mighty US government to overthrow the Arbanz government. The CIA recruited and armed mercenaries, bombed Guatemalan cities and spread terror and panic.

The new American ambassador to Guatemala John Emil Peurifoy was given a clear mandate to overthrow the democratically elected government at any cost. He worked on the colonels and majors in the army pushing them to rise against their own government.  He threatened President Arbenz that the American marines were ready to invade and advised him that the only way to avoid bloodshed was for him to quit. Ambassador Peurifoy told Washington DC, “Noncombatants will have to die. Panic will have to break out among the civilian population. That is the only provocation that will allow us to intervene against Árbenz”.  Peurifoy had experience of managing a successful coup in Greece where he was ambassador before. So after the Guatemalan coup, when he was posted to Thailand he asked if there was going to be a coup there too. This reminds me of a Latin American saying that “there will not be any military coup in Washington DC because there is no US embassy there”.

The US government justified their regime change operation in the name of the so-called war on communism. The United Fruit company hired Edward Bernays, a pioneering publicist and called as the Father of Public Relations, who worked the American and Guatemalan media and portrayed a false narrative of impending communist takeover of Guatemala and the region. Although Arbenz and some of his allies had leftist outlook and sympathies, the propaganda that they were communists was a blatant lie and fake news. Guatemala did not have relations with Soviet Union and there was no Russian presence in the country.

The American intervention in Guatemala changed the history of Latin America in the second half of the twentieth century. It generated a wave of  anti-Americanism in Latin America all over again, and invigorated the Marxists. It paved the way for the success of the Cuban revolution and spread of leftist guerilla movements in the region. It hardened the anti-American conviction of Che Guavara, the leftist icon, who was in Guatemala and saw first-hand the exploitation of the country by United Fruit and the overthrow of democracy by CIA. In fact, it was the Guatemalans who gave the nick name of “Che” to Ernesto Guevara.

The American intervention in Guatemala set the stage for destabilisation of Central America for the next half century. The region went through a bloody civil war. Later, the US government repeated their Guatemalan play book in Nicaragua against the leftist Sandinista government in the seventies and virtually destroyed the country. The US-supported military dictatorships in the region killed hundreds of thousands of civilians including indigenous people. The end of the civil war was followed by gang wars, which have been fought with illegal American weapons. This has added to the insecurity of the Central Americans to flee from the violence in their countries. This is the fundamental reason for hundreds of thousands of Central Americans to reach the US border to get in legally or illegally. The immigration issue at the US border is nothing but US reaping what it sowed in Central America.