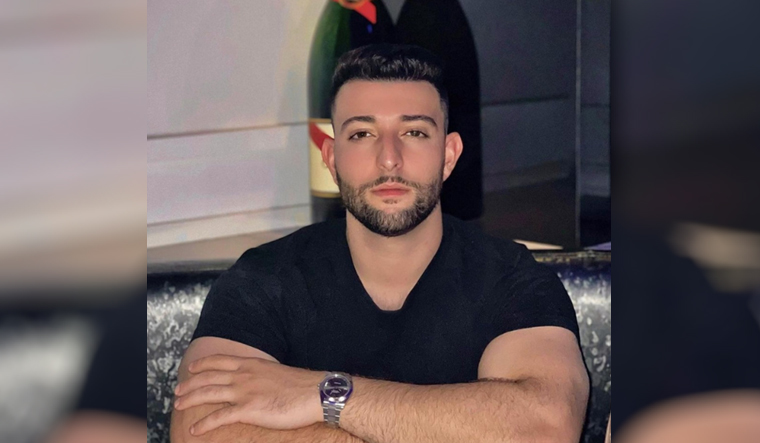 Hanna Shanar is a 23-year-old, best-selling author, research scholar, medical student, and chief executive officer of a multi-million following record label by the name of Instagram account @rapgroupmanagement. Rap Group Management is a conglomerate of accounts totaling well over 2 million followers. Hanna serves as the overseer of the organization, which promotes aspiring artists around the globe, and has recently partnered with some big-name verified artists such as @donphenomofficialpage.

This network has promoted hundreds of artists internationally to help these aspiring musicians accomplish their dreams and reach their goals. Hanna’s love and passion for music serve as the foundation for creating this record label. At a young age, Hanna was invested in musical instruments such as the guitar and piano. Shortly after becoming exposed to these instruments, Hanna began to develop a melodic appreciation as well as a keen ear for lyrical ingenuity.

Fascinated by the cleverness employed by hip-hop artists in the early years of the century, Hanna began to thoroughly appreciate their creativity but was rather unappealed by the culture surrounding hip-hop and rap. As a future physician of America, Hanna is committed and obligated to spread relevant and accurate health information throughout his practices. This is part of the reason why Hanna has committed to the duty of CEO of Rap Group Management.

Hanna’s passion for music allows him to appreciate the artists that he promotes, but the influence of his record label places him in a unique position to foster a change in the hip-hop community. Hanna mentions in other press releases that hip-hop culture glorifies drug use, chronic alcoholism, frequent sexual engagements, and overall hedonistic behavior, even though there are some serious health risks to consider when engaging in these activities. Drug use and dependence, especially in the pain-killing class of drugs known as opioids, has significantly increased since the start of the century, resulting in hundreds of thousands of deaths.

Hanna believes that this increased incidence of drug dependence and death is partly due to increased access to social media and mainstream hip-hop artists glorifying the abuse of these substances. Similarly, there are serious diseases such as HIV, syphilis, and HPV, that can be acquired through frequent sexual activity and can result in deadly conditions such as AIDS, or cancer if caution is not taken. Hanna believes that it is part of his duty as a healthcare provider to spread this relevant information to younger generations that look up to rappers and hip-hop artists. The most effective way to reach this audience is directly through the influencers that they look up to. Hanna’s hidden agenda behind Rap Group Management is to grow and develop his label's influence to the point that he has enough “say-so” to create a wave that can shed some light and truth on the behavior glorified by hip-hop culture.

Hanna recognizes that his goal will undoubtedly be challenging, and that he may not be able to reverse the influence of current and future massive mainstream hip-hop artists. However, any lives that he can impact are potential lives that he is saving in the future. Innovators like Hanna Shanar are exactly those that change the world, and forever change the lives of millions of people around the globe. Learn more here.