‘Birds of India’: An exhibition that celebrates portraits of birds made in 19th century

‘Birds of India’ is on view at DAG, The Claridges, New Delhi till October 20 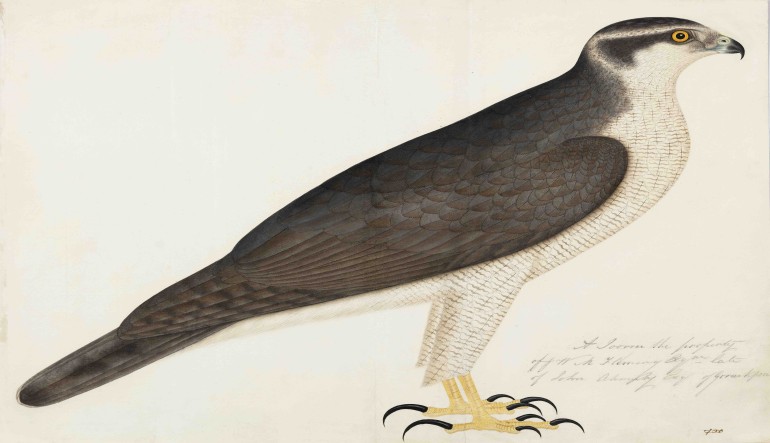 Almost all the folios in the ongoing exhibition ‘Birds of India: Company Paintings, c.1800-1835’ come attached with a "note". Like caveats and warnings. ‘Note’ that only the male of the Siberian Rubythroat, called lalarki kil kil/bul bul in Urdu, has a red patch on the throat; that the rufous variant of the female Asian Paradise-Flycatcher lacks tail streamers; that the Yellow-Eyed Babbler is neither the European nightingale or a warbler.

But one forgets these corrections and clarifications when the portraits of the many raptors, game birds, waders and warblers are so delightfully vivid and charming. At the ongoing ‘Birds of India’ exhibition at DAG, The Claridges, the avian fauna of 19th century India quietly sing and chirrup their own illustrious plumage. With 125 paintings of birds drawn from four key albums, the show beautifully illustrates a lesser-known segment of the famed Company Paintings where Indian artists in the 18th and 19th century worked in a hybrid Indo-European style to produce paintings which appealed to Europeans in the East India Company. 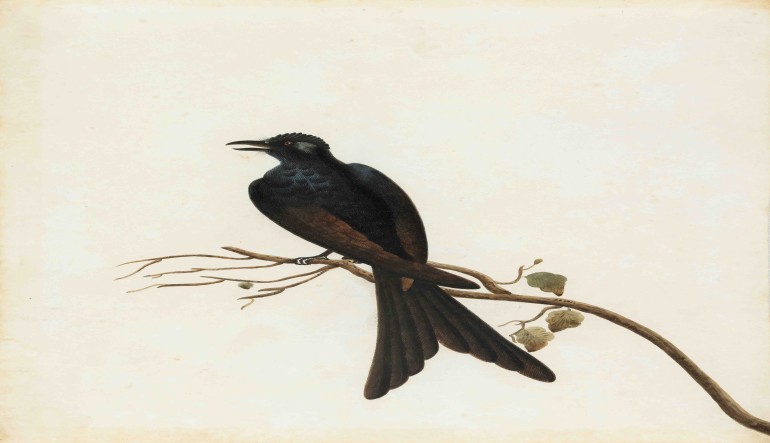 Defined by sharp figuratives and muted water-colouring, the company style of painting first took root in Murshidabad in West Bengal and later spread to Benaras, Delhi, Lucknow and Patna. While festivals, everyday scenes from the local milieu,  the many castes and their occupations, even plants and animals, were some of the primary commissions, it is difficult to find a whole tranche of company paintings dedicated to the genre of birds. From Brahminy Starling or the Black-headed Myna to the Bay-backed shrike, Indian Pitta (birds of the "forest floor") and the Blyth's Kingfisher, the feathered wonders strike an upright pose against a white background or are delicately perched atop a stray branch for the nameless painters to delineate and decorate anatomical details, intricately capturing specimens of natural history.

"Most of them – a group of 99 paintings – come from one collection that was bound in a single album. Unfortunately, the names of the artists, and that of the original patron or collector, are not recorded. Subsequent owners of the album, including two members of the famous Scottish family called Cunninghame Graham, have added their names and other details (not always legibly) on the flyleaf; but the inscriptions on the front and back of each folio are mostly attempts to name the birds (not always correctly)," writes curator Giles Tillotson in a sumptuously produced exhibition catalogue where he expounds on the association of birds, poetry and the beloved. The single album being referred to here is of Cunninghame Graham (1800-1804) from which are procured the 99 paintings in the exhibition.

"We acquired this album in London. I have studied Company Paintings for a long time but I have never seen an album so focussed on just birds. There are lots of botanical albums, there are albums on architecture, castes and trades. I have seen bird paintings in the Company style, but individually, like those by Mary, Lady Impey," says Tillotson, speaking to THE WEEK. Mary Lady Impey was the wife of the Chief Justice of the Supreme Court in Bengal, Sir Elijah Impey. She nurtured a veritable menagerie and employed artists to depict a whole variety of animals, birds and plants, including the ones she owned. Chief among her artists who painted birds were Shaikh Zain ud-Din and Ram Das. 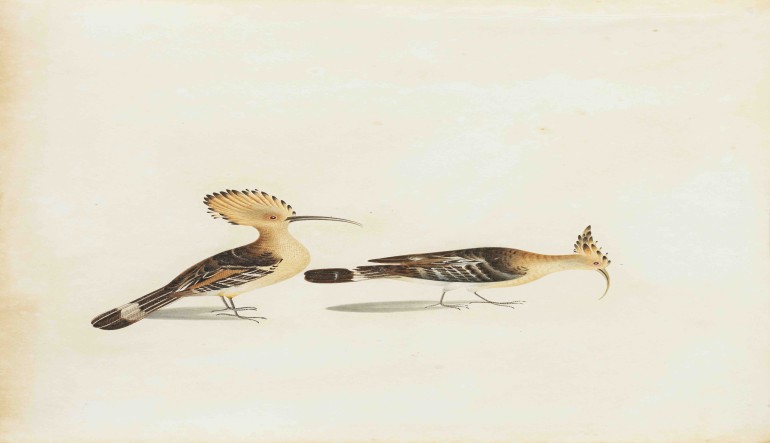 The exhibition also draws from an 1810 album of birds from Northeast India with their exaggeratedly vivid colours believed to be the finest works on natural history painted in India. There is the Faber album from c. 1830 in which the artist’s observations contribute to the ornithological studies and the four folios by Chunilal of Patna—the only one artist that remains identified–from the never-seen-before 1835 Edward Inge album.

One of Chunilal's most striking portraits is that of a Black Drongo with his crooked beak threateningly half-opened. "The person who commissioned him, Captain Edward Inge of the 4th Light Dragoons, considered him ‘a most excellent Painter … the best artist at Patna’, well worth the ‘12 Rupees one dozen’ that he charged," writes Tillotson in the catalogue.

‘Birds of India’ is on view at DAG, The Claridges, New Delhi till October 6.