How Chikoo dreams spurred a range of fruit wines 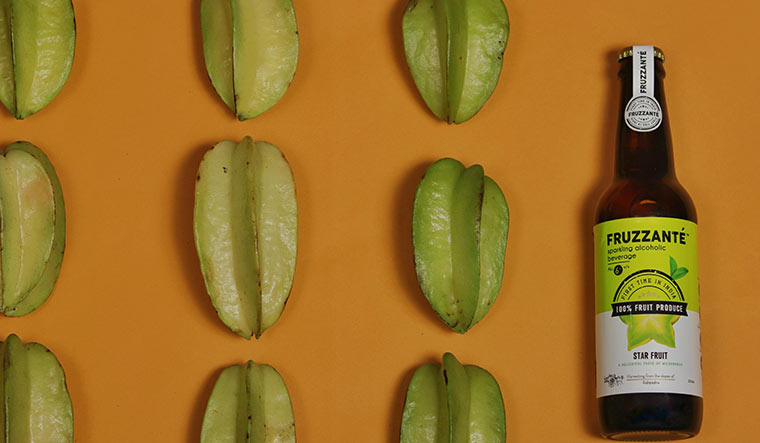 Priyanka Save thinks grape as a fruit is overrated. Born and raised in the coastal village of Bordi in the Palghar district of Maharashtra, Save has been exposed to the best variety of Chikoo. This led her to create her sparkling fruit beverage, Fruzzante.

The Dahanu-Gholvad belt in the district is famous for the fruit also known as sapota and is the only place in the world where it is grown all through the year. The calcium-rich soil of Gholvad ensured a GI tag for the fruit in 2017. So adding value to her cherished native fruit was the most natural inclination for her—she is after all part of the fourth generation from a family of chikoo farmers in the region.

"There is really no byproduct of chikoo one can think of. There is no jam or jelly or achar. You can only think of a chikoo milkshake. Nobody will tell you their favourite fruit is chikoo even if they like it," says Save on the phone from Bordi.

With these sentiments and tentative experiments with the fruit, Save accidentally discovered the fermentation of chikoo juice—just like in wine or cider.

"Even watermelon juice straight out of a blender starts fermenting after a while. Bacteria starts eating the sugar and starts converting the sugar into alcohol. While the chikoo juice was getting spoilt, it kept fermenting. It still retained a lot of character and tasted good," she says.

Save has since moved beyond Chikoo to tap into seasonal fruits for alchemizing them into bubbling colourful "wines" in beer-like bottles.

"This is not wine or cider or an alcoholic beverage but the process of creating this fruit beverage via fermentation is like wine. We add no colours or flavour, just the fruit," says Save about Fruzzante which takes its name from Frizzante, another word for sparkling wine. Available in mango, pineapple and strawberry, apart from starfruit, the company will launch an orange variant this summer. From farm to bottle, the drink has a gestation period of around 50 days and a shelf life of 2 years. While it is selling in 22 districts of Maharashtra, priced at Rs 200 a bottle, February will see it being launched in Goa and Punjab.

Save runs Fruzzante's winery with her husband Nagesh in the basement of her father's resort called Hill Zill in Bordi. Save is certain the time has come for fresher, more fruit-forward styles.

"It is easier to sell mango, strawberry and pineapple than wine," she says. Save admits that getting people to accept this curious in-between product can be a challenge even with all the tastings and awareness building, but her special story of chikoo farming in Bordi will take her through.

"This is where I grew up. There is great history associated with the place. Chikoo was brought here by the Parsis in the 1800s. It is in the northernmost tip of the Konkan region. It is hardly known. People will remember the story behind it"