Jeffrey Archer's books will be launched on October 21 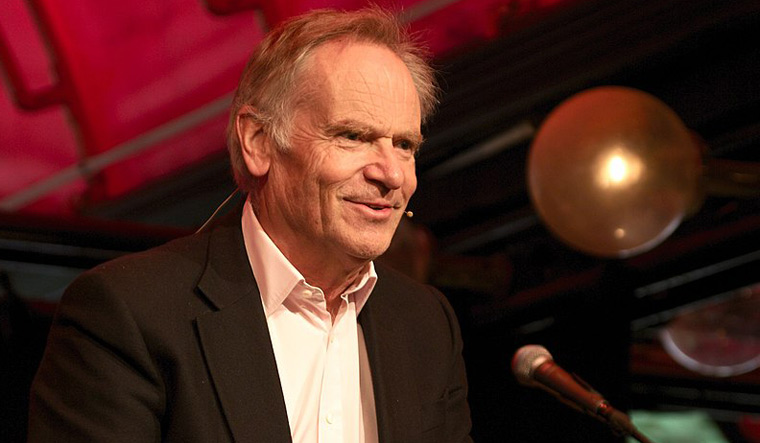 Get ready to spot the celebrity on a children's bookshelf. From Karan Johar to Jeffrey Archer, celebrities are gearing up for their toughest challenge ever—keeping those with the short attention spans hooked.

Archer has enthralled adults for decades, but this is his foray into the imaginative world of children's fiction—officially. “I wrote these three books at a time when my children were aged six and four, and obviously were too young to read Kane and Abel! But their friends were telling them I was an author, and they demanded their own books. Willy is my eldest son William, and James his younger brother,'' said Jeffrey Archer in a media statement. He also has experience with two grandsons and finally a granddaughter Vivenne in November 2017, born while he was en route to India.

By Royal Appointment is about King Benefactor and Queen Echo of Littleland agreeing to have a race to decide which is the fastest car in the world; Willy Visits the Square World is about a rescue mission for Yo Yo the Cat by Willy and Randolph the Bear and Willy and the Killer Kipper is to find Neptune, the world's largest submarine.

Twisty and fun, these books are meant for age group of five to nine years and will be launched on October 21, publishers Pan Macmillan India said.

This is not the first time the famous have chosen to turn their attention to write for children. The thrill of winning children's hearts has always been the ultimate prize. It helps that it also comes with sometimes a generous advance. Madonna, John Travolta, Jay Leno, Jerry Seinfeld and even Will Smith have tried to follow in J.K Rowling's steps.

In India, too, this has now become a trend. The tips for mothering—and parenting—has become has domain that every celebrity in India wants to be part of. Even Esha Deol has a book on parenting. But fiction for children so far—apart from a few exceptions—usually has either been dominated by the established writers from across the world or Indian writers who have now become superstars like Sudha Murthy or Ruskin Bond. No longer. Karan Johar has now taken his first step into this space with The Big Thoughts of Little Luv—a picture book being brought out by Juggernaut Books.

Going beyond just writing, celebs with kids are also reading. Story time with Soha Ali Khan was launched with Juggernaut in partnership with Hubhopper to get Khan to read her favourite stories for kids. An idea to promote reading among children, while it might have been the brain child of Chiki Sarkar of Juggernaut, the stories were by other publishers too. This is just the start.