‘The Discomfort of Evening’ is a ‘visceral’ novel about childhood grief 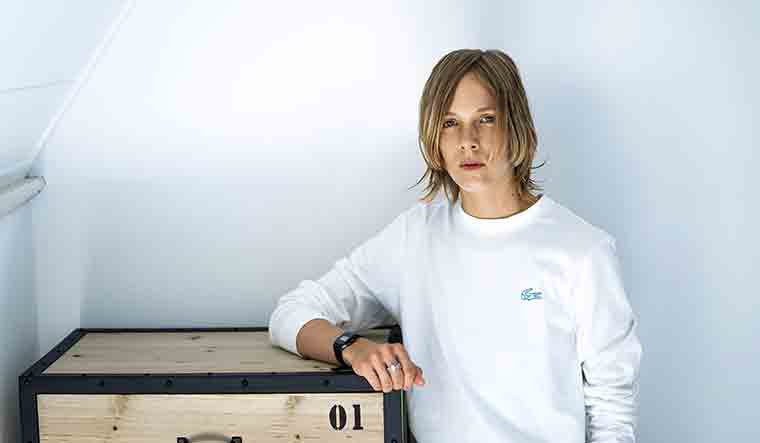 At 29, Rijneveld also becomes the youngest author to win the coveted honour. Rijneveld shares the prize of 50,000 pounds (about $66,000) with Michele Hutchison, who translated it from Dutch.

The Discomfort of Evening, vaguely inspired from some of Rijneveld’s own experiences, is a ‘visceral and virtuosic’ novel about childhood grief. In a statement about the novel, Ted Hodgkinson, the chair of the judges, called it a “tender and visceral evocation of a childhood caught between shame and salvation, and a deeply deserving winner”.

The novel that originally released in 2018, was a bestselling sensation in the Netherlands.

The Discomfort of Evening follows a 10-year-old girl named Jas, growing up in a devout farming family. Her brother dies in an ice-skating accident after she wishes he would die. The novel is about Jas and the family’s subsequent struggle with grief. While trying to cope with the grief, Jas also gets caught up in the struggles of adolescence and sexual awakening, and ends up playing dangerous games with her surviving brother and sister.

Some of the portions of the book written in Rijneveld’s raw style have been described as disturbing, so much so, that translator Hutchison, in an interview with The New York Times, said she would not work on those passages at the end of the day, fearing she ‘would get nightmares’.

“It does deal with some very difficult aspects of life – the sudden death of a brother, a family grieving, some of the more unyielding aspects of a religious upbringing, the quite stark backdrop of a Dutch dairy farm, which can be quite a tough place for a child,” Hodgkinson said about the book.

Rijneveld, who prefers pronouns they/them, grew up in a similar religious, farming family in the Netherlands, and like Jas, lost their brother when they were three.

Rijneveld, who still works on a dairy farm, said that when they started writing stories, “all came back to the loss of my brother”. “I had to tell this story before I could tell any other. If a family loses a member, they can become closer to each other or they can drift. Jas’s family grows apart and their house is filled with grief,” they said in an interview.

Before the novel, their brother’s death also inspired Rijneveld’s Calf’s Caul, a collection of poetry published in 2015.

Responding to winning the International Booker, Rijneveld said: “I can only say that I am as proud as a cow with seven udders.”

“Today, when the world has been turned upside down and is showing its dark side, I often remember those words. So, write, read, win, lose, love each other, but be relentless in this.”

While The Discomfort of Evening borrows elements from Rijneveld’s growing up years, they said it is not ‘entirely biographical’. Rijneveld does not liked being boxed into a category of sexual orientation, and self-describes not as ‘trans’, but in-between. “As a small child I felt I was a boy, I dressed like a boy and behaved like a boy, but children at that age are still neutral in their gender. In adolescence, when the separation became clear, I dressed like a girl and became a girl, then at 20 I went back to the boy I was at primary school,” Rijneveld told The Guardian.

Rijneveld’s strictly religious family is yet to come to terms with their ‘chosen identity’—also why they have not read either of the books.

In an earlier interview to The Guardian, they said their family is yet to read the book. “I hope that my parents will read it one day and be proud; that they will understand it’s a novel, it’s not all about them,” Rijneveld had said.

“It’s difficult for my parents to understand that I’m not the girl that they raised,” Rijneveld said.