Dylan will release a brand new studio album on June 19 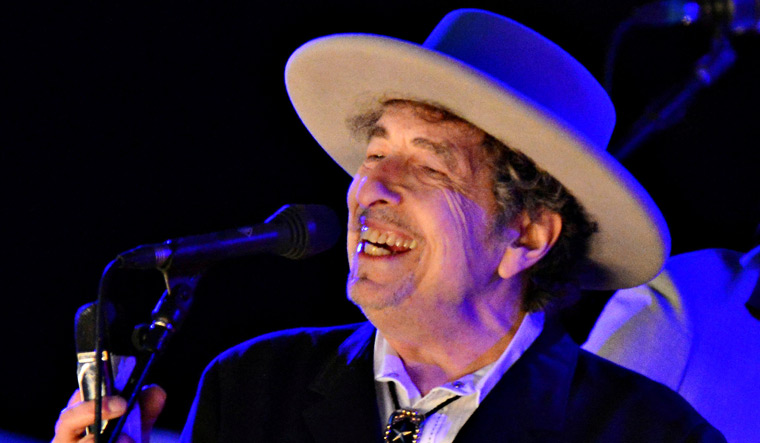 There's an earnest query on Quora, like most inquiries in the popular question-and-answer website: "What is the best book or online collection of Bob Dylan's lyrics for someone who is trying to understand his greatness?"

While the answers range from weblinks to lyric books, one stands out. "If you want to understand why he’s so great, listen to his albums. And really listen....Dylan has never met you. He knows nothing about you but a line will leap out as if he wrote it that morning about your life. It’s like he’s seen you going for that walk from his studio all those years ago and threw in that line that will knock you sideways."

Bob Dylan, one of the greatest musicians to have emerged from 20th century popular culture, will release a brand new studio album on June 19. Dylan is 79 years old now and Rough and Rowdy Ways will be his 39 studio album and the first collection of original songs since Tempest (2012). In a perfectly well-timed release, Friday, June 19, is also 'Juneteenth' in the US, a national holiday which commemorates the end of slavery in the United States. Dylan was born in Minnesota, the state where the gruesome killing of a 46-year-old black man on May 25 has propelled the most trenchant debates on race and policing around the world. Back in the 1960s, when Dylan released his most influential songs so far in his sprawling oeuvre—'Blowin' in the Wind' and 'The Times They Are a-Changin'—they became anthems for the civil rights and anti-war movements then. Will his brand new songs have the same impact in 2020?

As we gasp and choke in the worst possible health crisis of the 21st century, the Nobel laureate and possibly the last surviving troubadour poet is not sugar-coating the roads he has taken. The new songs offer no sweet, sorrowful words of solace to soften the blows of nature and human follies. They are as effortlessly 'rough and rowdy' as they get.

You greedy old wolf, I'll show you my heart

But not all of it, only the hateful part

I'll sell you down the river, I'll put a price on your head

What more can I tell you?

I sleep with life and death in the same bed, you get a good old gravelly Dylan at his nasty best.

It sets the tone for the whole album, which surveys the entire arc of American history from the lens of culture, history, politics and philosophy. The magnificent sweep of Rough and Rowdy Ways is like reading something as all-encompassing as Ulysses; there are world wars and assassinations, crusades and the birth of nations, as one critic pointed out.

And, yes, if you listen carefully enough, the lines leap out like they have been written to make sense of the current turmoil.

I hate to tell you, mister, but only dead men are free, goes a line from 'Murder Most Foul', a 17-minute epic journey which starts with the premise of Kennedy's assassination.

At his finest poetic achievement, Dylan introduces himself again in the song 'False Prophet':

Well I'm the enemy of treason

I'm the enemy of the unlived meaningless life

I ain't no false prophet

I just know what I know

I go where only the lonely can go

While he has already released three songs (mentioned above) from the new album right since the early days of the pandemic in March, fans await the final 10-track album which drops on June 19. It is perhaps a bigger event than Leonard Cohen releasing an album in his final years. But even if Rough and Rowdy Ways doesn't go down in music history as an epochal event, its poetry will persist. It holds the key to the throbbing, fierce heart of one of the most elusive musical genius.

The composer has a tendency to continually discard his previous selves. It is no wonder he can still produce astonishing new work. In the only interview he has given in the run-up to the release of the album, Dylan said to the The New York Times, "Most of my recent songs are like that. The lyrics are the real thing, tangible, they’re not metaphors. The songs seem to know themselves and they know that I can sing them, vocally and rhythmically. They kind of write themselves and count on me to sing them."