For the qawwals of Nizamuddin Dargah, it's a long wait for a real live performance 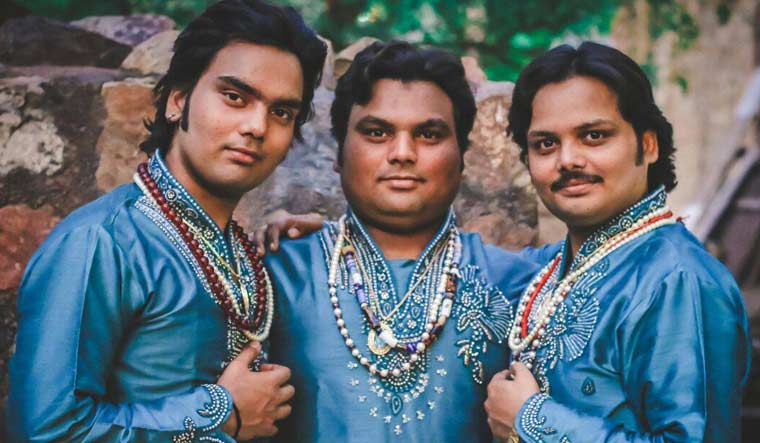 "Kya special plan karangey? Online kuch padh dengey (What special event can we plan now? Will read something online itself)," says Hasan Nizami in a sullen voice.  Hasan is a darbari qawwal attached to the Nizamuddin Dargah in Delhi and one of the three 'Niazi Nizami’ brothers who hail from a lineage of qawwali performers going back to 700 years.

The annual five-day Urs festival starting June 9, which commemorates the death anniversary of the great poet and musician, Amir Khusrau, will come and go without any magical qawwali gatherings at the Dargah Sharif of the revered 13th century Sufi saint, Hazrat Nizamuddin Auliya, who was also Khusrau's spiritual mentor. In fact, Khusrau is the father of modern qawwali; he invented the genre of the Sufi Islamic devotional music as we know it. Even as places of worship open gradually after more than two months of lockdown, the famous evening mehfils of Nizamuddin Dargah will remain a pre-Corona reverie. The Sufi shrine is closed to the public till June 30. And much as he dislikes it, Nizami knows he has to keep singing on Facebook and YouTube "lives" for now. And, perhaps, longer than June 30.

"Artists are painfully shy and proud, you know. They will not go and ask for help or suggest they are in trouble," says Nizami, drawing attention to months of sitting idle with no live performances, the beating heart of a qawwali gathering, which feeds into the energy and spirit of its practitioners. Now Niazi Nizami brothers, with a few musicians from their group of 10, regale listeners from an ornately done-up room in their house. Dressed up like they would for a live performance, the brothers constantly check the "mizaz" of their audience in the comments feed of their Facebook Live and try to create a "sama" in the enclosed space. They are learning to make do with clapping and appreciation as emojis and texts. There are no birthdays, cocktails or marriage functions to make up for the loss of singing opportunities. Recently, an event company roped them in for a Facebook live, but without any compensation.

"We don't hold a private or a government job. We don't own shops so we can earn rent every month. Qawwals are calling us everyday for help; they don't know where to go. The well is running dry," says Nizami. The qawwals are a key fixture at Nizamuddin Dargah whose lively musical performances happen every evening after the Maghrib prayers, with special ones every Thursday and Friday. The Nizamuddin qawwalis are a mainstay for tourists and devotees in Delhi. There are at least seven Khandani (inter-generational) darbari qawaals with Nizamuddin Dargah, where professional qawwals come to perform from far and wide. Devoted to their craft and tradition of Sufi singing, any cash payment for qawwals in mehfil settings is frowned upon. But the act of a "pir" blessing the "nazrana" given to performers transforms donations into a pious offering.