200 years of exploring Antarctica, the world’s most peaceful continent

It is a hub of scientific discovery, international diplomacy and environmental change 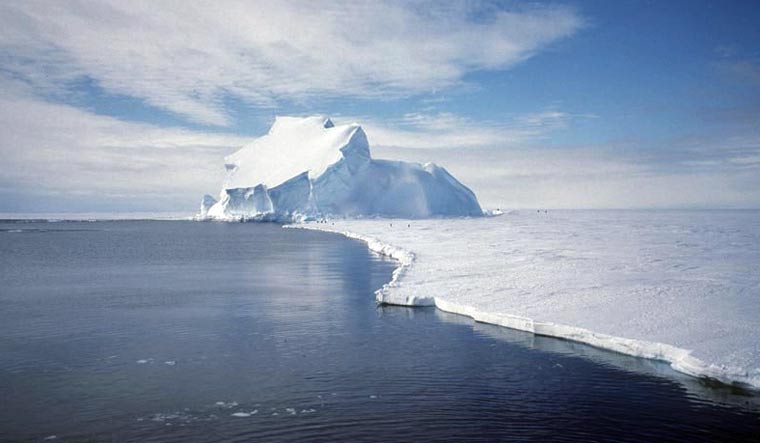 Antarctica is the remotest part of the world, but it is a hub of scientific discovery, international diplomacy and environmental change. It was officially discovered 200 years ago, on Jan. 27, 1820, when members of a Russian expedition sighted land in what is now known as the Fimbul Ice Shelf on the continent’s east side.

Early explorers were drawn there by the mythology of Terra Australis, a vast southern continent that scholars imagined for centuries as a counterweight to the Northern Hemisphere. Others sought economic bounty from hunting whales and seals, or the glory of conquering the planet’s last wilderness. Still others wanted to understand Earth’s magnetic fields in order to better navigate the seas.

I am a geologist who specializes in understanding the timing and extent of past ice ages. Much of my work focuses on the glacial history of Antarctica, and I’ve been privileged to conduct five field seasons of research there.

For the next two years I’ll be working with a field team made up entirely of undergraduate students from Vanderbilt University to determine whether the East Antarctic Ice Sheet changes flow patterns as it changes shape. All of the research these budding scientists conduct will be done under the auspices of the Antarctic Treaty, a global agreement that promotes scientific cooperation and environmental protection.

Antarctica separated from South America 35 million years ago, and its climate started to change. It began to grow ice sheets – masses of glacial land ice covering thousands of square miles. As plate tectonics shifted other continents, Antarctica became colder and drier. For the past 14 million years, it has been the frigid continent that persists today.

Antarctica is the only continent that was literally discovered, because it has no native human population. British explorer Sir James Cook circumnavigated the continent in 1772-1775, but saw only some outlying islands. Cook concluded that if there were any land, it would be “condemned to everlasting regidity by Nature, never to yield to the warmth of the sun.”

Cook also reported that Antarctic waters were rich with nutrients and wildlife. This drew sealers and whalers, mainly from England and the United States, who hunted the region’s fur seals and elephant seals to near-extinction in the following decades. This hunting spree led to the discovery of the Antarctic mainland and its ice sheets, the largest in the world.

Today the combined East and West Antarctic ice sheets hold 90% of the world’s ice, enough to raise global sea levels by roughly 200 feet (60 meters) if it all melted. Antarctica is the coldest, highest, driest, windiest, brightest, and yes, iciest continent on Earth. And 200 years of research has shown that it is a key component of Earth’s climate system.

Despite the appearance that it is an unchanging, freeze-dried landscape, my research and work by many others has shown that the East Antarctica Ice Sheet does slowly thin and thicken over millions of years. Interestingly, my data also suggest that as the ice advances and retreats, it moves in the same patterns each time. Put another way, the ice flows over the same land each time it advances.

While East Antarctica adds and loses ice slowly, it is so large that it is a major contributor to sea level rise. Understanding how the ice has changed in the past is key to predicting how much and how fast it will melt in the coming years.

These questions are especially important in West Antarctica, where the bottom of the ice sheet is below sea level, making it very susceptible to changes in sea level and ocean temperature. By itself, the West Antarctic ice sheet has the potential to raise sea level by 16 feet (5 meters) if it collapses.

Despite the potential for environmental disaster in Antarctica, the continent also offers evidence that nations can collaborate to find solutions. The Antarctic Treaty System is the world’s premier example of peaceful and scientific international cooperation.

This landmark accord, signed in 1961, sets aside Antarctica for peaceful and scientific purposes and recognizes no land claims on the continent. It also was the first non-nuclear accord ever signed, barring use of Antarctica for nuclear weapons testing or disposal of radioactive waste.

The great Antarctic explorer Sir Ernest Shackleton said that “optimism is true moral courage,” and the authors of the Antarctic Treaty were certainly courageous optimists. They were encouraged by the success of the 1957-1958 International Geophysical Year, a worldwide program of scientific research during which 12 countries built over 50 bases in Antarctica, including McMurdo Station and the Amundsen-Scott South Pole Station.

Under the treaty, scientists from North Korea, Russia and China can freely visit U.S. research stations in Antarctica. Researchers from India and Pakistan willingly share their data about Antarctic glaciers.

Thanks to the Antarctic Treaty, 10% of Earth’s land surface is protected as a wildlife and wilderness refuge. I have set foot in places in Antarctica where I know no one has ever been before, and the treaty sets areas aside that no one will ever visit. Antarctica’s landscapes are unlike anywhere else on Earth. The best comparison may be the Moon.

Yet in these stark environments, life finds a way to persist – showing that there are solutions to even the most daunting challenges. If Antarctica has taught us anything in 200 years, it’s that we can cooperate and collaborate to overcome problems. As Ernest Shackleton once said, “Difficulties are just things to overcome, after all.”

[ Thanks for reading! We can send you The Conversation’s stories every day in an informative email. Sign up today. ]