How FRIENDS introduced me to lesbianism, surrogacy and foosball

The popular sitcom of the '90s turns 25 in September 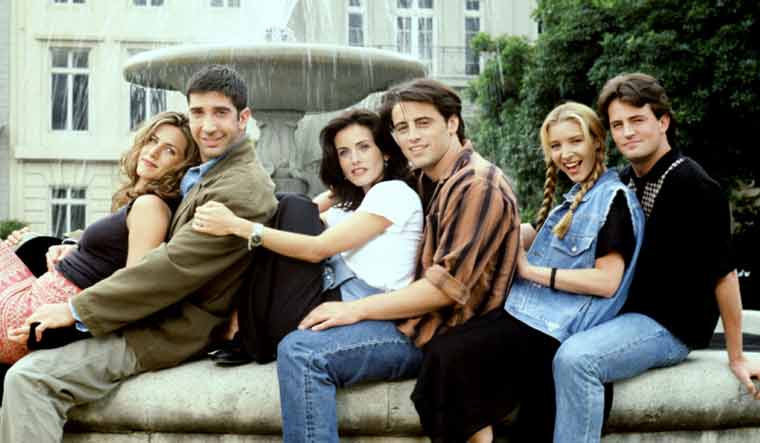 I cannot recall the first FRIENDS episode I ever watched, but, for a fact, I remember falling for it the very first time. And eagerly waiting for the show every evening hence. More than being enamoured by its cast, I was probably drawn to the apartment instantly, and all the funky stuff they had in there. Special mention to the iconic yellow picture frame that livened up Monica Geller's apartment door, a stark contrast to the mundane off-white door of the apartment I grew up in the UAE.

Sitcoms like the FRIENDS and Seinfeld were regular on English TV channels in the UAE in the late '90s; except as a teenager, one was clueless about their immense popularity in the West. And yes of course, they were 'mildly' censored. I cannot say for sure how many passionate scenes I might have missed, but it was not that difficult to spot either. There would be an abrupt cut, and it would seem like two people just repelled off each other in the next scene. 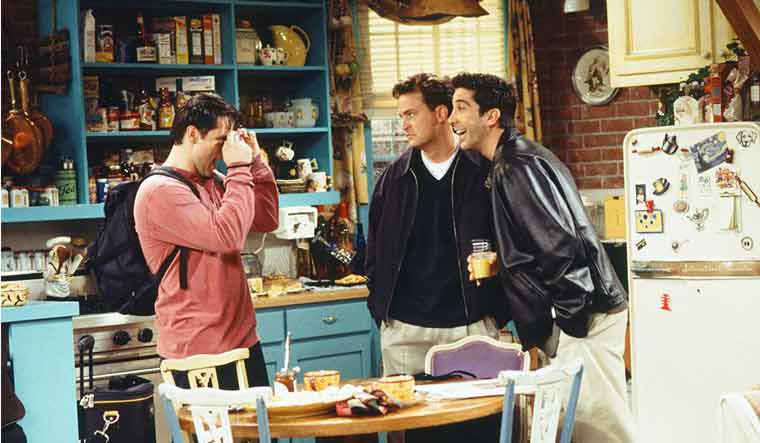 FRIENDS, a sitcom that channelled the warm 'hang out' vibe through 10 seasons that revolved around six friends and their everyday lives, turns 25 this September. For the gen-next that missed it, and for millennials who wished to relive those moments, Netflix brought FRIENDS onto its platform recently. While many went on to watch and re-watch and critically analyse it as adults, issues emerged. Words like homophobia, sexism and lack of diversity made their way into reviews. It is true the show did face similar criticism in the days it was first aired, but I was oblivious to the 'inappropriateness' of the show. Ross and Monica Geller, Rachel Green, Chandler Bing, Joey Tribbiani and Phoebe Buffay were far from anything I could possibly relate to. But for all the problematic themes the show is being accused of having promoted, there are many things (besides many good laughs) that a whole lot of people will remember the show for. From lesbianism, transgender, surrogacy to foosball (remember Joey and Chandler's beloved foosball table?) , FRIENDS introduced me to a whole new range of vocabulary.

1. You would probably think I was living under a rock, but the first time I heard the word 'lesbian' was when Ross announces to his friends that his wife Carol is a lesbian. Growing up in a normal Indian home (even in the 'Gulf'), meant 'sex' was a taboo subject. Homosexuality was something alien. And it is in this setting that Ross Geller, Carol and FRIENDS opened up a new world. The episode 'The One With The Lesbian Wedding', was path-breaking even in the US, with the first-ever portrayal of lesbian wedding on television. According to show's co-writer Marta Kauffman, the NBC expected thousands and thousands of phone calls and hate mail for that episode, but actually received only four complaints by telephone. Looking back, the show did have a problematic approach if you look at the jokes cracked around Ross and his masculinity, but one doesn't have to pick those lessons from the show.

2. The one episode I just couldn't wrap my head around was where Phoebe agrees to be a 'surrogate' mother for her brother Frank and his older wife Alice. How does that even work, biologically or ethically, I wondered. The Biology text book in high school probably just explained the technical definition of a surrogate mother, but FRIENDS lightened it up. The truth remains that the idea for Lisa Kudrow's character Phoebe becoming a surrogate mother came about because they wanted to figure out a way to make use of the actress's real pregnancy. And so, came the surrogacy, the ups and downs of pregnancy, the madness, Phoebe developing second thoughts about giving away the triplets, and the labour of course.

3. From the maybe-gay Chandler references to crass jokes on Chandler-Joey bromance, FRIENDS had them all. Not to forget the gender insensitive or sexist remarks from Ross who is intolerant towards his son playing with Barbie dolls, and the uncomfortable approach towards the child's male nanny. The show certainly hasn't aged well and has enough and more to rattle the 'feminist' in me . All said, the idea of a transgender father was novel to me at the time. Chandler’s strained relationship with his transgender father, a Las Vegas cabaret performer played by Kathleen Turner, and the former's embarrassment while talking about it, was a window opened to another world. Though it is evident the writers had very little understanding of trans culture and cross-dressing, and messed it up. In defence of the show, Kauffman on asked how the show would have changed if she was making it today, said recently: “I think we didn’t have the knowledge about transgender people back then, so I’m not sure if we used the appropriate terms.”

Looking back, the show did have some pathetic plot-lines like the one where a once fat-shamed lonely Monica goes on to become fit and the centre of attraction, Joey's casual sexism and more. But the show did give us a whole lot of innocent moments of laughter, and tears, too. And as a millennial who grew up watching it, I choose not to revisit and postmortem it. May we be able to grow beyond the homophobia and sexism, imbibe the warmth of friendship and be there for people.

So no one told you life was gonna be this way

Your job's a joke, you're broke

When it hasn't been your day, your week, your month

Or even your year, but

I'll be there for you