This article first appeared in the issue dated November 13 2005 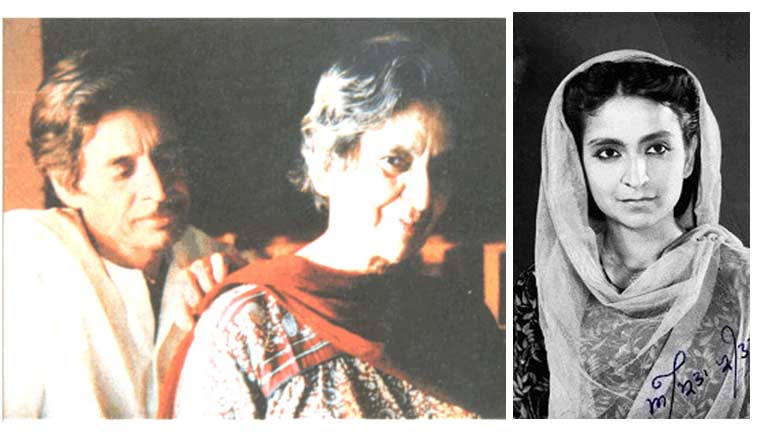 It was in the early 80s that I met Amrita Pritam (1919-2005) at her home in K 25, Hauz Khas, Delhi. I had accompanied my friend Nirupama Dutt, a contributor to Nagmani, the literary magazine launched by Amrita and her soulmate, Imroze. It was illustrated by Imroze; Amrita edited the magazine and personally wrote out the addresses of subscribers.

With grey stone walls decked with trailing bougainvillea, Amrita's home—a mecca for Punjabi writers— could hardly be missed. Most walls in the house had paintings of Amrita by Imroze. The renowned writer was striking. Petite, frail and fair, she carried the years gracefully on her chiselled features. But there was more to her than her looks and poems in Punjabi, I realised, as she began talking about her passion for the poet Sahir Ludhianvi. In the pre-Partition days, she had framed a poem he had written for her and had gifted him a Parker pen.

The Partition robbed them. The poem was left behind in her Lahore home; his pen was stolen by a pickpocket at a railway station. "In our relationship, I was the more passionate one," she once said. "My book of poems, titled Sunehre, was full of messages for him. But they did not melt him. However, my love was not wasted. I got the Sahitya Akademi Award for the book." As she regaled visitors at her home—most of them Punjabi writers whom she encouraged—Imroze would quietly bring in a tray of tea and vanish.

The artist first met Amrita when he designed the cover of her book. He was all set to leave for Mumbai to join an ad firm but he tore up the appointment letter and moved in with her. Considering that this happened way back in 1958, it shows how Amrita was always ahead of her times and lived life on her own terms.

When Pritam Singh—whom she had married at 16 and divorced when her refined literary sense and his businessman's life did not jell—was on his death bed, their son Navraj brought him down to the ground floor of their house. She used to visit twice a day and spend two hours with him till he died.

She wrote her first book of poems at 12 and was recognised by the world by the time she turned 16. Her verse on the Partition is considered the best of poetry pertaining to 1947. The gutsy woman was much admired even by people who did not read Punjabi poetry. She said boo to the Shiromani Gurdwara Parbandhak Committee that many times criticised her lifestyle.

Her autobiography, The Revenue Stamp, was banned by Punjabi University, Patiala. She made no bones about her fondness for the cigarette; one of her last poems referred to it. "Pain, I inhale silently like a cigarette, and a few sons, I flick off like ashes from the cigarette," she wrote. As she was being cremated, Imroze received a message about the distraught people of Gujranwala (her birthplace, now in Pakistan) who were hoping to see her there soon. "She will turn into seeds and be scattered there as well," Imroze replied about the lady who made rotis for him as he made the endless cups of tea.