'You scale the Everest only with its permission': Arunima Sinha 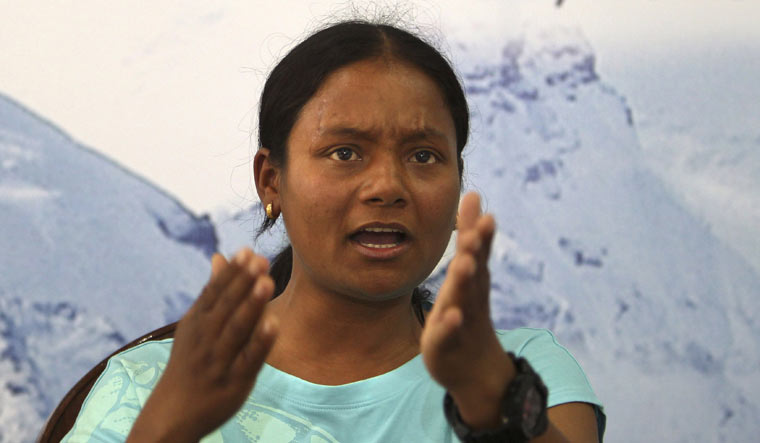 Excerpts from an interview with Arunima Sinha, the world’s first female amputee to climb the Mount Everest in 2013, in the wake of the rising number of deaths this climbing season.

There has been an unusually high number of deaths among mountaineers attempting to scale the Mount Everest this year. What do you think is happening?

The Everest is not a business. That is the first thing to be understood. There must be strict criteria for issuing permits. The new lot attempting to scale the mountain is not of mountaineers. They neither have the right training nor the equipment. The only aim is to scale the mountain. So many just want to do it because others are scaling it. Many want to do it just for name and fame. There has to be passion, dedication and respect. The key is to not put yourself above nature. There was a young man from Moradabad who I tried to dissuade for long from attempting the climb without proper training. He lost his life in 2017 attempting just that.

Are the climbers deliberately putting their lives at risk?

The Everest summit timing is till 11 am. Any tries after that are suicide attempts as the weather becomes progressively bad. This year I read of the summit being attempted at 1.30pm. The foreign guides are stricter in that they will ask you to go back. The Nepali Sherpas are more flexible. They will not leave your side by the end but remember that no guide can physically haul you to or from the summit. But people do not listen to advice. The tendency is—we have spent so much money so we should be able to do it. It is very irritable when people call me with absurd ideas such as wanting to create a world record by climbing the summit bare feet in eight hours. This just shows how clueless they are. Without knowing the mountain, how can you climb it?

Has it become easier to scale the mountain now hence the rush?

The mountain is as big and difficult as it was in 1953. There is better equipment now yet one still has to fix ropes. A single sock can be crucial. Thus, the basics are the same and without proper training you cannot navigate them. During my climb, despite all my training, I instinctively reached out with my mouth to undo a clip and it froze. Now imagine how poorly equipped one is without training. One has to be mentally prepared for all possible situations. It is definitely not as easy as people think it is or like to believe it can be.

Some reports suggest that there have been traffic jams during the descent and that these have been responsible for the deaths.

The climb from the summit is when the weather starts to worsen. Having scaled the summit, a mountaineer is on the last reserve of strength. Your Sherpa will ask you to run but you will simply not have the physical capacity. Inexperienced climbers tend to sit down every few steps. This slows down the entire train. Near the summit is a narrow balcony where only one person can move at a time. A 20 feet boulder must be crossed. It is not unusual for a queue of 400 climbers to form there. If there are inexperienced climbers among these, imagine what can happen. Good climbers know that the key is to keep moving, to decrease the regulator on the oxygen cylinder, to use water sparingly while waiting. Inexperienced climbers start to panic.

What is the key to preparing for the climb?

Prepare your mind for any eventuality. Know the value of a single pin. Train yourself to manage under pressure. Attempt three to four 8,000 metre summits before going to the Everest. This is as much a physical challenge as a mental one.

How did you train?

I trained for two years—without Holi, Diwali or phone calls home. At the Nehru Institute of Mountaineering where I trained in 2012, every single day we would be made to climb 10km up and 10 down with 30-35kg of weight strapped to our backs. I also gave an undertaking that were anything to happen to me during training, I would be solely responsible for it.

What did the Mt Everest teach you?

It taught me management and leadership beyond what any institute could have taught me. Nature teaches by example every single second if you pay attention. You have to surrender to it before knowing it. You have to know it before trying to conquer it. It also reinforced the lessons that my mother had taught me. That you apologise to the mountain for trampling it, for littering it. You offer thanks to it, as you do to your tent for keeping you safe. You are not above or beyond it. You scale it only with its permission.