Reflecting on 12 years of Khaled Hosseini's 'A Thousand Splendid Suns'

What does this story say about patriarchy and misogyny? 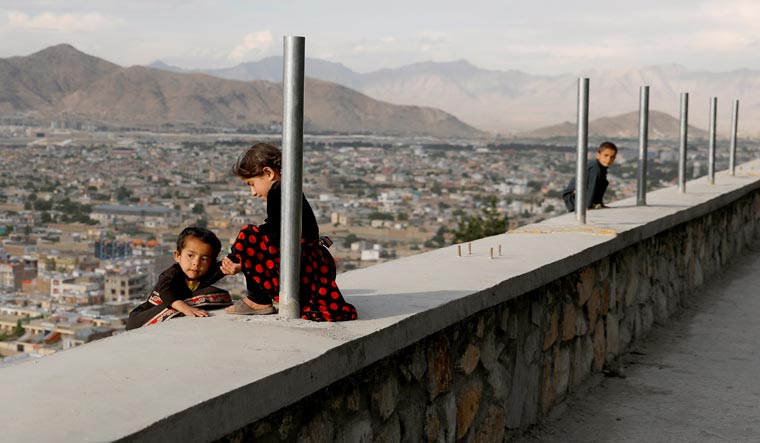 May 22 marked 12 years since Khaled Hosseini weaved fantasy with reality to tell a poignant story of sacrifice and love, with the publishing of A Thousand Splendid Suns.

Through the stories of Mariam and Laila, two women as likely to be hit by bullets as they were to be lashed by the husband they shared, Hosseini unveils the tyranny that the women of Afghanistan endured under the Soviet Union, the Taliban and (for many) their husbands.

The Afghanistan Hosseini last lived in before he sought asylum in the US in 1979 was one which was at peace with itself and its neighbours. Before the Soviet invasion in 1979, Kabul, the city, used to be a "growing, thriving cosmopolitan city," in Hosseini's own words. A Thousand Splendid Suns is set in the time of the Soviet invasion and the subsequent Taliban tyranny.

The readers feel a sympathy for Mariam that only well-crafted characters evoke — with her charisma evident even in the midst of the dreary landscape that her life slipped into; a freefall where every vine and branch she could hold on to was snapped. Mariam’s mother constantly warned her about the cursed life she was sure to have; as an illegitimate child and besides, as a woman. "A man's heart," Nana, her mother, constantly told her, "is a wretched, wretched thing. It isn't like a mother's womb. It won't bleed. It won't stretch to make room for you."

Khaled Hosseini tried to use his "thousand splendid suns" to shine a light, one that could not only change the perceptions of patriarchs and misogynists but also make readers aware of the differences between the God that Mariam knew (as per the teachings of her Mullah) and the God that the Taliban claimed to represent.

The Afghanistan Hosseini knew was a neutral one — one where burqas were optional and modern buildings were constructed alongside the traditional ones. But the Afghanistan he returned to in 2003 told him story after story of female oppression; stories of gender-based violence, of discrimination and a loss of participation from active life, of suppression of movement and of practising legal, social and political rights. Hosseini took these stories and, as he told Radio Free Europe/ Radio Liberty in 2012, compiled them into the characters of A Thousand Splendid Suns.

"I felt it was an outrage and I felt it was a very important story," he said. "And when I was in Kabul in 2003 I heard many personal stories about women, and sort of eventually over a couple of years these voices coalesced into a pair of characters. And I finally sat down with the story in my hand and wrote A Thousand Splendid Suns."

The story he told, of a society torn by gender-based violence and never-ending war, resonates to this day. But, is the Afghanistan of today different from the one you know from the book?

In 2008, a report by NGO Global Rights found that 87 per cent of women in the country faced abuse in some form. As per UNESCO records today, the average female literacy rate around the country is 17 per cent against the total adult literacy rate of 31 per cent (which itself is shockingly minimal). As the country with the least literacy rate in the world, there are huge variations in the literacy level across geographies and gender in Afghanistan. According to UNICEF, "The role of men and boys in Afghan communities is critical in supporting girls' access to education. Within families and communities, boys and men need to encourage and stand up for the rights of girls to go to school."

The Taliban openly discouraged women’s education, a mindset that seeps into characters like Rasheed, who disapproved of his younger wife’s early schooling. On the hand, you have people like Laila's father, who harrowed into her mind the truth that societies cannot grow if they leave their women behind. "A society has no chance at success if its women are uneducated, Laila. No chance."

The book has been adapted into a play by Ursula Rani Sarma and performed across the globe. His latest book Sea Prayer, published in 2018 is a deeply illustrated short fiction, and like his other works, 2003’s The Kite Runner and 2013’s And The Mountains Echoed also deals with the refugee crisis.

A Thousand Splendid Suns has sold more than a million copies in the US and more than 38 million worldwide. Apart from being a best-selling author, Hosseini is also the founder of The Khaled Hosseini Foundation, a non-profit organisation that provides humanitarian assistance to the people of Afghanistan.

This book, like Hosseini's others, has made us lament and empathise about the lives of people living not very far from us. They have moved us as only stories can. Nothing else will remain as much real an account of the wars as the books will remain for the generations yet to come.