‘The Godfather’: Why Mario Puzo's saga enthralls us even half a century later 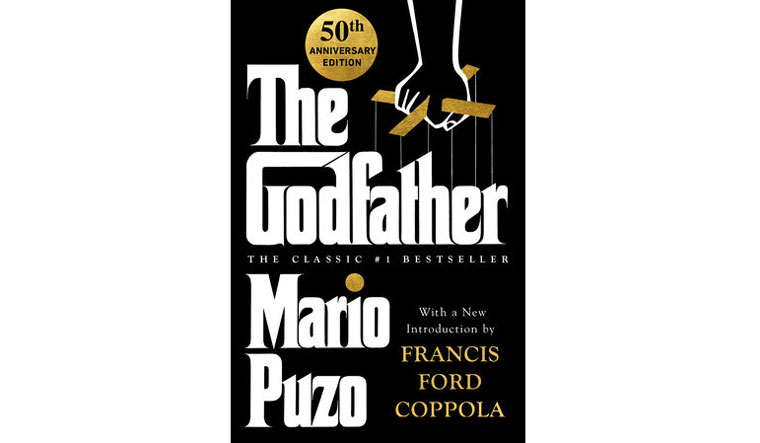 Mario Puzo's book, The Godfather, which came out in 1969, has sold more than 21 million copies worldwide and has also stirred the cinema industry with the movies that were based on it. Every single character, even the ones who are not significant to the plot, are allowed to exist in more pages than they deserve, in just the adequate measure that nowhere does the book drag or make you bored.

Mario, I tell you, is telling you an honest story, a detailed one, just like it had happened, not leaving anything out. He wants you to really really get the story. He just doesn't want to leave any part hanging.

The book is filled with as much uncertainty about the future as real life is. Everybody seems to be in the tight clutch of the Don, of his friendship, in some way or the other. The characters, especially that of Don Vito Corleone and his son Michael Corleone have been influenced by real life mobsters, such as Joe Profaci (who too had used his olive oil distribution as a front to smoothly run his illegal businesses) and Frank Costello (an Italian-American mafia gangster and crime boss, who is also the iconic villain in Martin Scorsese’s The Departed, played by Jack Nicholson). We understand as we read that the Don's “friendship” is a tether; a tether that will only let his people run in radii inside the circle he has drawn for them.

Michael Corleone's rise to power in the mafia world, from where he had once despised his father's associations and activities, from the silent detached man to that of the calm deadly person that he chose to become ("Every man has but one destiny." -Don Vito Corleone) are epiphanies of life's unprecedentedness. Freddie Corleone is proof that just because you have the same blood doesn't mean you have the same spine.

Each character piques a different kind of interest and the book is full of life lessons. The unique saga of the Corleones, presented to us by Mario Puzo half a century ago, was adapted into a movie which came out in 1972. The screenplay for the trilogy was written by Mario Puzo himself, who was forever convinced that he could have done a better job in writing the book; if only he knew so many people were going to read it! Mario Puzo's trilogy is among the ten best mafia novels of all times and Ed Falco's sequel, The Family Corleone comes 6th in the list. It is the second book in the trilogy, The Sicilian, that tops the list. The third book in the trilogy is titled The Last Don.

Puzo was poor and his writing career was going steep downhill when he realised that he had a mafia story to tell and he could tell it for the money. Even though he only received a scanty $5,000 as advance for The Godfather, the paperback rights to the book sold off at $4,10,000! He had no connection with the underworld and wrote his masterpieces purely from research. He wrote in 1972 in The Godfather Papers and Other Writings, “I am ashamed to admit that I wrote The Godfather entirely from research. I never met a real honest-to-God gangster. I knew the gambling world pretty good, but that’s all.” He ventured into writing a couple of other novels including Fools Die before he wrote The Sicilian in 1984 which, although tells the story of another gangster, Salvatore Giuliano, contains characters from The Godfather.

The movie directed by Francis Ford Coppola is a modern classic. Both Marlon Brando (who plays Vito Corleone) and Al Pacino (who plays Michael Corleone) were not the first preferences for the roles. Even Coppola wasn’t the first pick of Paramount Pictures for direction. But the movie went on to bag the Oscar for Best Actor in a Leading Role, Best Picture and Best Adapted screenplay of the year. Robert DeNiro, who plays a younger version of Vito Corleone in The Godfather 2 won the Oscar for Best Actor in a Supporting Role. Both the actors who represented Vito Corleone on screen won Academy Awards. And unsurprisingly, Mario Puzo shared the Academy Award for Best Adapted Screenplay for the first two Godfather movies with Coppola.

Puzo and his characters, Coppola and his cast and crew remain to be legends and continue to engulf people into the vast empire they created. It was just yesterday that my dad insisted that he hasn’t read anything like The Godfather. It taught him life, he told me. A classic, an epic, it is a book that can influence the destiny of anyone who reads it.