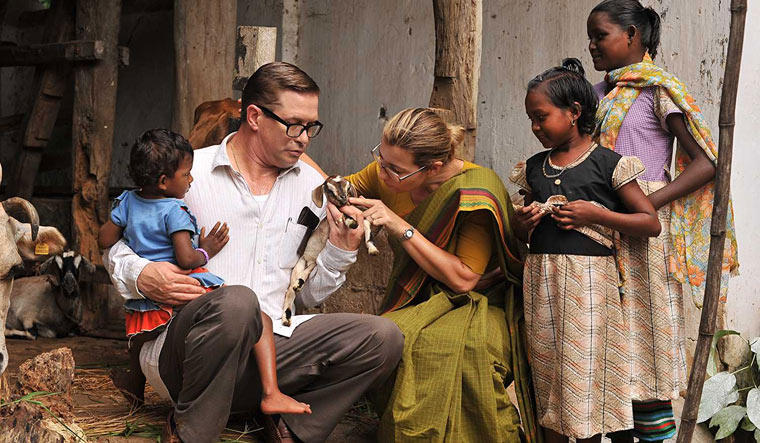 Two days before the March 29 release of The Least of These: The Graham Staines Story, a Twitter post was being widely circulated, accusing the movie of “attempting to polarise voters by inciting communally & politically sensitive content during elections season”. The tweeter was appealing to the Election Commission to “act on it”. The replies below the tweet had a few “chowkidars” vehemently demanding that the movie be banned.

TLoT is a dramatised account of the last days of Australian missionary Graham Staines, who was killed along with his two young sons in the early hours of January 23, 1999, in Manoharpur village, Odisha. The three of them were attending a four-day “jungle camp”, which is a Christian gathering of tribals. They were burned to death while they slept in a vehicle. Hindu fundamentalists were behind the killing led by Dara Singh of the Bajrang Dal, who was later convicted. The former president of India K.R. Narayanan had described the murder as “a monumental aberration of time-tested tolerance and harmony. The killings belong to the world’s inventory of black deeds.” Twenty years on, hate crimes against religious minorities are peaking again.

It was hardly surprising that hardline Indian nationalists on social media were against the release of a movie that documented one of the darkest days in independent India's history. Directed by Aneesh Daniel and starring Bollywood's Sharman Joshi and Hollywood's Stephen Baldwin, TLoT is partly fictionalised and cinematically nothing like, say, a Schindler's List. But this deeply moving film bears a theme that needs to be talked about—the persecution of Christians missionaries in India on the pretext of “forced” conversions.

Staines' “crime” was that he was converting Hindus to Christianity illegally —by force, inducement or other fraudulent means. The movie revolves around a fictional journalist Manav Banerjee (Joshi), who is desperate to prove that Staines (Baldwin) and his wife Gladys (Shari Rigby) have ulterior motives for their service to the ostracised community of lepers. Through his journey, he realises that there is no proof of such motives. But that does not stop a group of enraged Hindu fundamentalists from killing the Australian, blaming him for making numerous tribals turn Christian. 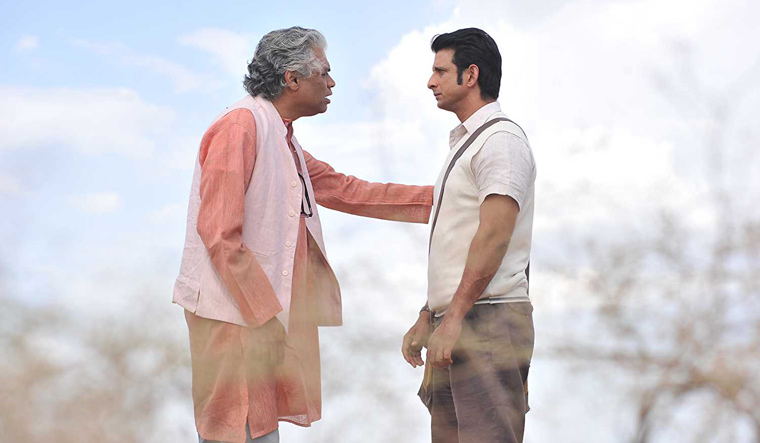 In the current hypernationalistic environment that is gripping the country, how did a movie like this get the clearance to be released, especially ahead of the general elections? Simple. The movie does not discuss the politics behind the gruesome death of Staines and his sons. It tells the story of his selfless service through the eyes of a sceptical, bumbling journalist. Neither the real perpetrator nor the party he was affiliated to are mentioned. It is the issue of religious intolerance that the makers seek to address, and particularly effective in their endeavour are the dialogues in the film.

Conversion is a difficult topic to discuss in India. Under the British rule, many Indians were forced to convert to avail the benefits given to Christians. The makers of TLoT admit that not every missionary is a Graham Staines. “They have this (conversion) law for a reason,” Baldwin tells his wife in the movie. “There are people out there doing the wrong thing.” Can missionaries really be generalised based on the few rotten apples that bring disrepute to the faith?

For 34 years, Graham Staines worked among lepers in Orissa. By his own admission, he was a missionary. Yet, neither did he directly convert or baptise anybody. Staines bridged the gap between lepers and the rest of society that considered leprosy a curse. He helped people without discrimination, and never on the condition that they would become Christians. As shown in the movie, it is said that there were people cured of leprosy who worked with him closely but had never converted. There were many who became Christians, no doubt, but those were inspired by the values the man held and his actions. “No inducement brings real conversion anyway,” a doctor explains to Banerjee.

After his death, a judicial inquiry headed by Supreme Court judge D.P. Wadhwa had cleared Staines of allegations that he had forcibly converted locals. There was no evidence of it, but there was plenty of evidence that he had indeed touched the lives of thousands in Odisha through his service. Thousands of Christians across the country protested the murder.

Open Doors USA ranked India as the 10th most dangerous country for Christians to live in its 2019 World Watch List. This is the highest that India has featured in these rankings. Last year, it was 11th and in 2017 it was 18. This steady rise has been seen since the arrival of the BJP government in 2014. The report said that in 2018, there were about 12,000 reported cases of Christians being harmed on religious basis, while the number of churches attacked annually increased from 34 to 98.

Persecution of Christian evangelists, preachers and social workers is rampant not so much in cities as it is in smaller towns and villages. A majority of Christian converts are dalits in rural areas, and many communities disown them after this. The organisation Persecution Relief has a Twitter handle that regularly posts reports and videos of violence against and harassment of Christians and arson attacks on local churches. In a 2014 interview, Narendra Modi denied having any knowledge of church attacks though the spike in such incidents was pretty clear.

Not only are Christians facing the brunt but also Christian-based organisations and charities that do community service. A New York Times article in March 2017 said that more than 11,000 NGOs had lost their license to accept foreign funds since 2014. The prime example of this is that of Compassion International, India’s largest source of foreign funds for charity, being forced to close its offices in India in 2017. For 48 years, the organisation partnered with 500 local charities to provide meals, medical care and education to the downtrodden. And tens of thousands had to be denied of their service because of a suspicion of engaging in religious conversion.

The silver lining of the Graham Staines story is that his work did not end with his death. Gladys Staines, a simple woman herself, took the extraordinary step of declaring that she had forgiven Staines' murderers and held nothing against them. She continued to work among the poor in India for another 15 years and was awarded the Padma Shri in 2005. She is now in Australia and had given the go-ahead for the movie when the makers approached her.

TLoT is not a “Christian” movie or one with any propaganda. Nor does it seek to glorify Staines. It is fairly clear in its message of peace and harmony. But the political environment into which it has been released means that we cannot ignore the grim realities of religious minorities in India. In fact, the movie was released just a week before the clearly propaganda-filled biopic of the prime minister, the trailer of which shows the former Gujarat chief minister supposedly heartbroken by the ghastly 2002 Gujarat riots. In an era of distorted truths and fake news, TLoT is a reminder of true incidents that are happening every day. With the BJP eyeing a second term at the Centre, there is growing fear among religious minority bodies as they brace themselves for the worst.

As the closing lines of TLoT said: “Of course, Graham Staines converted. For 35 years, he converted lepers to human beings.”