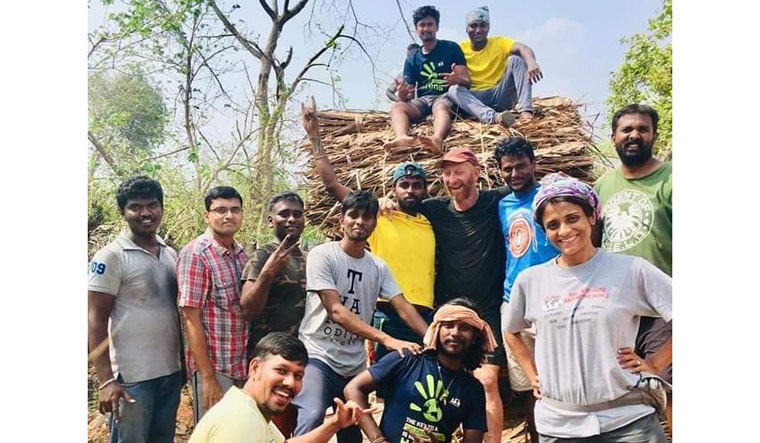 Nearly a month after cyclone Gaja hit Tamil Nadu, villagers in the interior parts of the state are yet to recover from their losses. Right from the start, the Chennai Trekking Club team have been actively involved in the relief operations. The team arrived at the villages with a small group of volunteers who cleared uprooted trees and roads that blocked access to these places.

More than 20 collection centers were set up in Chennai, Coimbatore and Salem as part of the Phase II operations. Necessities, from biscuits to sanitary napkins to tarpaulin sheets, were collected and distributed among people in the villages in Nagapattinam, Pudukkottai, and Mannargudi, which are the three hubs of affected Delta districts. The operation took almost 10 days to reach over 165 villages. Some of the villages that received relief materials from the CTC team are Kameshwaram Fisherman Area, Manambadi village near Chidambaram, Tallikkotai, Ullikottai, Keelayur, Pushpavanam, Aarukaatuthurai, Bandarathankadu, Pannal village, Thiruvalluvar Nagar, Neermullai village, Tholathur, Sembodai West and Sembodai Maharajapuram.

The team is currently helping those that are in dire need of rebuilding their destroyed homes. Peter Van Geit, founder of CTC, who has been actively involved in the relief operations, says, “We shortlisted a few people for the rehabilitation through a survey. The survey was the difficult process as most of the homes were damaged. However, we mainly focused on people who are not able to rebuild their homes like elderly people, widows, handicapped and people who have been hospitalised. In a village like Thenparai, among 2,000 families, we picked around 20 people, the real needy people who are too old and have no kids to support them. In that way, we realised that building a home is not cheap. That is why we made sure that we focused only on the most affected and needy.” 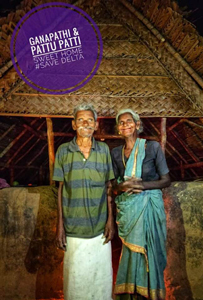 An old couple in front of the renovated home

After Phase II, when basic needs were covered, the team realised that a tarpaulin above their houses is not sufficient for long term. Out of 200 homes set as their target, they have successfully rebuilt 155 homes for the past two weeks across 50 different villages. With Mannargudi as their base camp, which is one of the volunteers’ place, they go to the other villages early morning. The CTC team have sourced around 30 contractors locally for reconstruction purpose. “We (volunteers) find homes to be renovated, also deploy materials and then we point the contractors to those places so that they can immediately start working and build up to 20 homes a day,” says Peter. The thatched sheets are brought from Salem, while the ropes, sticks for the basement are locally sourced.

The network of Chennai Trekking Club, which has over 40,000 members across the world, has made this possible. “Given the fact that there was poor media coverage on the Delta-affected areas, we did a massive campaign,” says Peter. “We shared pictures of affected areas on social media and raised a huge amount.” He added that they have received sufficient funds now.

Despite having difficulty in finding volunteers for weekdays as members of the CTC are mostly available only during weekends, around 20 to 30 volunteers have been constantly working on the field for days and nights. Peter feels that power is the biggest issue. Even though power in majority of the villages have been restored, interior parts are still without power. These regions are expected to receive electric connection in a week.

The team has planned to renovate two government aided schools after the completion of 200 homes. Currently, they are involved in rehabilitation operations in Painganadu village of Mannargudi block of Thiruvarur district of Tamil Nadu.