When art meets history and culture at Kochi-Muziris Biennale 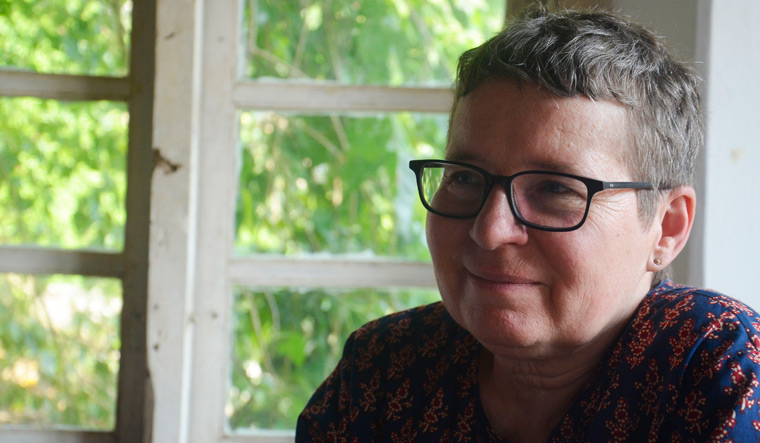 Walking into Pepper House café, one of the venues of the upcoming Kochi-Muziris Biennale, the calm yet engaging air that surrounded Vivian Caccuri and slightly flustered yet enduring air that hung around Julie Gough set the right tone for discussions on history, intermingling of cultures, and feelings towards the British coloniser. The two artists, with different approaches towards history and culture, seek to blend their perspectives with art at the biennale, set to begin on December 12.

Brazilian artist Caccuri tries to unite the world through a symphony of unusual sounds. Her love for sounds has inspired her to explore different regions, cultures and find something universal to connect everyone. She observed that her performances would often trigger emotions and memories that she had never imagined. “You never know when art would trigger something really serious in people,” she said. Her first biennale was in Brazil. The installation titled ‘Tabom Bass’ featured low frequency sounds that were common to the culture of Africa. Compositions of 10 different Brazilian musicians were played on a large sound system with candles placed in front and flames dancing to the beats. The sounds transported the audience to a more familiar and connected experience, she said.

For the Kochi-Muziris Biennale, Caccuri explores the medium of sound again. Her installation, ‘Mosquito Shrine’, uses ultraviolet light and sounds to attract mosquitoes (mostly males) and create a composition from the real buzzing of the insect and a few other sounds. The idea sparked when she was in Ghana where she observed that even though she was accustomed to mosquitoes, she started becoming very conscious after seeing victims of malaria around her. Later while in Nigeria, she observed that the approach of a German curator towards the insect may be a result of the cultural barrier he had to the place. “He was very paranoid of the disease and maybe the inharmonious relation he had with the culture had something to do with that,” she said. She also believed that the dislike towards these insects had a possible deeper and subconscious reason. “What if we are remembering something from a different past or different world?” This is not in a religious way, but in a cultural way and more on the line of psychoanalysis were the fear of the disease was so strong that it got imprinted in our conscious and the sound would trigger a reaction without us being aware of it. 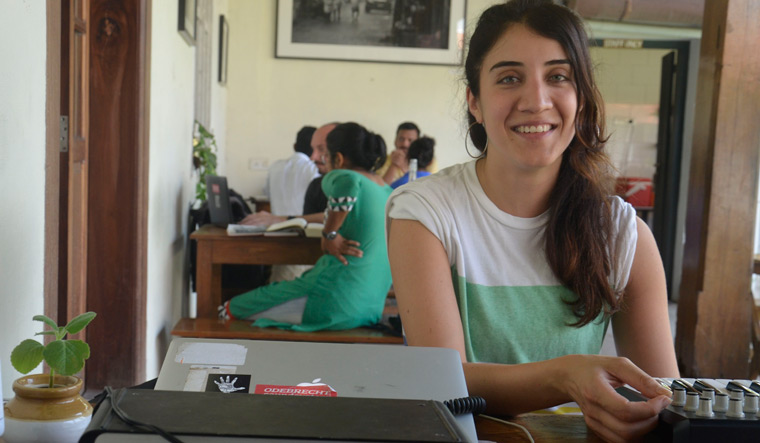 Mosquitoes, however, have not always been villains. People from some regions were earlier immune to the bites and were not affected at all but the bites proved to be brutally fatal to the colonisers. As we became more globalised, our DNA was far less specific and not territorial as before. The change in the territory of the insects were undoubtedly due to the involvement of people from different continents. Slave ships were the reason for the estrangement from their natural territory as mosquitoes do not migrate, she explained.

Artist Julie Gough also has her share of accusations towards colonisers and the scar they left behind on her ancestral community. She belongs to one of the eight aboriginal families in Tasmania that still uphold their tradition and culture. Her art tells the story of the aboriginals who were executed by the British colonisers. Their population thinned out so much that by 1940s only 50 aboriginals remained. She hopes to reignite the aboriginal heritage and even though most of them now are not pure aboriginals, she feels it is her responsibility to uphold her culture for the world to see.

Her installation—‘Distance is a State of Mind’—is created from materials found in Kerala. She uses coconuts, conchs and coir to connect her culture with that of Kerala. “The world is one, your ocean is our ocean,” she said. She has a few other installations that symbolise various connections to her ancestors. ‘Impossible Return’ is one such installation which symbolises her desire to return to her ancestors but it proves to be impossible. ‘Family’ and ‘Head Count’ show remnants of the aboriginal ancestors after the invasion of the British, and ‘Promise’ depicts the killing of the aboriginals. She envisions the shells as a bond to the oceans and the distance between nations as merely a state of mind.