Training your child in safety 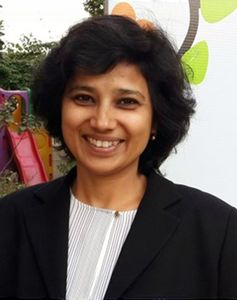 This incident happened a few years ago. My children were 4 and 6 and I was playing with them in the park across my home. I suddenly noticed that one of the maids was being verbally abusive to an almost eight-year-old who was on the swing and threatened to hit him if he did not get off. When I confronted the maid, she told me off, saying it was none of my business. I found it hard to let the matter go and reached out to the child's family. I recounted the park incident to them and that led the parents to question the maid. The parents found out that the reliable maid, who had been their children’s primary caregiver for the last three years, had been hitting their children (aged eight and ten) while they were at work and threatening to take away their privileges if they divulged this to the parents.

It was mind-boggling to me that these children, studying in elite private schools and being raised by well-to-do, educated parents, never brought these instances of hitting or threatening behaviour to the attention of their parents.

In hindsight, that is not very surprising.

Research suggests that one in three children who are sexually abused do not tell anyone about it. There are several reasons for this:

● Fear of retaliation from the perpetrator because in most cases it is a person the family knows. 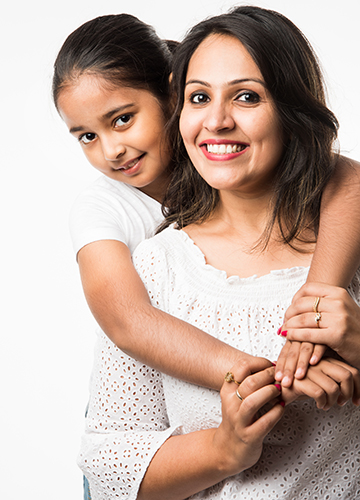 ● Children hold themselves responsible and feel that somehow they are at fault.

● Children do not have the vocabulary to express their feelings of discomfort or cannot find a safe space to vent.

Unfortunately, the issue of safety and security of children is not limited to home, park or even school; it pervades into the online world that children of today inhabit with as much ease as the physical world. There are countless dangers and threats lurking in cyberspace. A study by i-Safe foundation found that more than half the teens have been victims of cyber-bullying and most children do not tell their parents when cyber-bullying occurs. Suicide games like the Blue Whale Challenge have claimed the lives of several children.

Given the scary statistics and the risks associated with any such incident, it is imperative that parents proactively take charge of the safety and security of their children. ACT—awareness, communication and tracking—is a simple three-letter mantra to keep your child safe.

Awareness: The first step in keeping your child safe is to stay connected and create a few safe spaces and times when there can be free flowing communication—dinner table conversation, bedtime routine, playing together or a walk in the evening. As a connected parent, your antenna will be able to catch the signal of a distressed or upset child. This holds true as much for a toddler as for a teenager. It is critical that parents stay plugged into the websites or apps that their children frequent. It is equally important to know the friends or adults that your child is spending time with.

Communication: Have an explicit conversation with your child about good touch and bad touch and the meaning of consent. Teach your child that it is okay to say no to anyone—adult, child, grandparents—if their touch makes them feel uncomfortable. Vividly elaborate on the dangers of sharing any information or interacting with strangers online. It is a well-known fact that children of parents who have had an explicit conversation about keeping themselves safe are much more likely to bring it up to them if and when they experience anything disturbing. Books like No Means No by Jayneen Sanders and Amazing You by Gail Saltz can be good conversation starters.

Take action: A supportive response from a parent is one of the most important factors in helping stem any abuse that might be happening in a child’s life and aid recovery. A child needs to get a consistent message that you believe what he or she tells you and will take the necessary action. In the case of my neighbours, they let the maid go that same night.

As your child grows older, they will spend more and more time away from your persistent and careful watch. The best personal safety lesson you can impart to your child is to trust his or her own instincts and develop a good judgement. And for that you will need to ACT. Stay aware, communicate frequently and take action if you find something amiss.

Goyal, chief strategy officer with KLAY (Kids Learning And You), is an educator and a serial entrepreneur.