Gain some, lose some 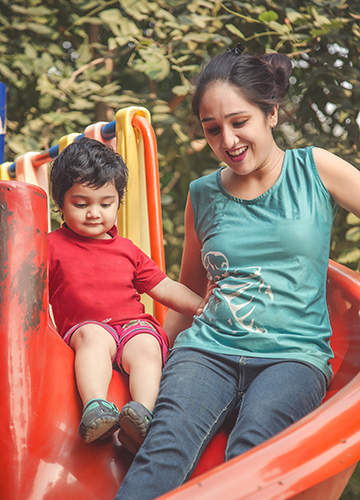 As a high school teacher and an author of a self-help book for Indian mothers, I get to be in constant touch with parents. My interaction with them has led me to believe that Indian parenting is in a state of conflict, unable to define itself and struggling to resolve its challenges.

Fifty years ago, parenting was centred around children and whether they would grow up to be healthy and wealthy. The narrative around parenting was kept simple and straightforward, probably because shepherding one’s young was viewed as something fundamental to existence. Today, however, parenting in India has acquired a complex narrative of which two features stand out.

In effect, parenting has turned into a giant scorecard, with parents, grandparents, teachers and friends doubling up as judges, commenting on every progress and mistake.

Second, parenting in India has become an act of great contrasts.

More women are opting for maternity hospitals with cutting edge facilities to birth their babies, while others are choosing midwife-assisted home births. App-assisted learning is hugely popular, but gurukul and homeschooling have their own takers. More parents are shopping for toys around the world or at the nearest Hamleys, while others are making their kids spend time on farms, picking up a life skill or learning to care for nature. Mum's no longer the word for Indian mothers—they openly admit that it is mind-numbing and spine-breaking to cater to children all day long. But a 2018 report from the World Economic Forum shows that Indian parents spend 12 hours a week helping their children with homework. This is twice the global average and the highest in a list that featured 29 countries including the UK, Vietnam, Brazil and Japan.

As you can see, the contrasts run deep and wide. Perhaps, they are bound to as:

Value systems have changed: Indians have become more westernised in the last 30 years than ever before. A parent who lays down the rules of decorum in a house is no longer seen as a hypocrite if he or she is seen drinking.

Economic situations have changed: Mothers have stepped out; fathers are stepping in. Economic empowerment has led to role reversal in homes and where it hasn’t, friction is palpable.

Social structure has changed: Single child, single parents and working grandparents are all a part of this reality.

In such a changing dynamic, can parenting be defined? Can good parenting be distinguished from neglectful parenting? Maybe yes, especially if you dig deep and look closer for parallels between now and parenting patterns back then.

For some mothers today, becoming a parent has meant giving up on their jobs, becoming redundant in a fast-paced economy. But women of the past made sacrifices, too. Dreams were crushed not just when they became mothers, but even earlier when they became wives. A lot of women had to discontinue with their education or jobs because they were getting married or having a child.

Today's women depend on cooks, maids, nannies and gadgets to juggle everything that they try to achieve. Back then, women had aunts, uncles, grannies and extended family—multiple hands and eyes to take care of the baby. No one set of mother or parent has it easier. It is not without reason that they say it takes a village to raise a baby.

Yes, many women work very stressful jobs today, but women in the past performed gruelling tasks, too. It is just that the nature of the tasks is different.

And yet, some contrasts remain. Let’s face it, not everyone can afford help today or have the luxury of a family support. More young mothers are raising babies alone because they are what I call ‘married but single’ with husbands working Indian jobs, which is to be on call 24x7. Motherhood in many nuclear families has become excruciatingly isolating.

Today’s mothers also get judged all the time. If they are working, then obviously they are not doing a good job in keeping house or raising children. If they are not working, they are treated with condescension and seen as non-contributory to the family. No wonder parenting seems so hard to pull off.

But there is comfort in the thought that millions do it and that most children eventually get independent—perhaps the primary goal of parenting.

It could cease to become confusing and a spectacle if we stop looking for results; cherish those baby steps into parenting; learn from mistakes; stop judging ourselves or others; and smile when parents make mistakes. Remember, we all make them.

Lakshmy Ramanathan is the author of For Bumpier Times: An Indian Mother’s Guide to 101 Pregnancy & Childcare Practices.