Knock on the atomic chamber of Shaolin

Manmohan Singh's 2005 nuclear deal with George W. Bush is still a non-starter. It broke a lot of china, as Bush put it later with intended pun, but no one has yet come forward to build power plants on the strength of the deal. That's because we made a law that would make the builder pay through his nose if anything went wrong in the plants. Blame Narendra Modi's and Sitaram Yechury's parties for that—they were the ones who wanted such a harsh law.

But, we got other goodies. By flashing the deal, Bush and Barack Obama got us into several of the clubs of the world's nuclear-owners and missile operators. Yet, thanks to the cussedness of the Chinese, the doors of the Nuclear Suppliers Group have remained shut to us, like the 35 chambers of the Shaolin Temple were to the commoners in that 1978 kung fu thriller. Without getting into the NSG, we can't sell any nuclear stuff to anyone.

Now the Russians, old pals, have shown us a backdoor—not into the NSG, but to get us some nuclear business. They have quietly let us into a deal to build Bangladesh's first atomic plant in Rooppur on the Padma. Yes, Narendra Modi has found that where there is a will, you will find a pal, and you can cut a deal. 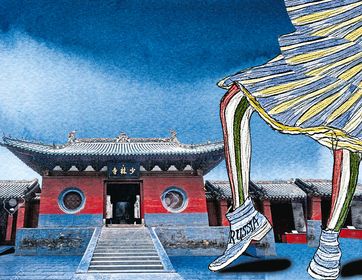 Though not toasted or tweeted much for obvious reasons, the three-party deal is a game-changer. Signed in Moscow on March 1 by Russia's atom-controlling authority ROSATOM's Nikolay Spassky, Bangladesh envoy Saiful Hoque and India's ambassador to Russia Pankaj Saran, the deal is India's first as a seller in the world nuclear mart.

On our side, the PMO, the foreign office and the atomic energy department have been working on the deal, ever since India got Kudankulam-1 running full steam and full stream. When Vladimir Putin came calling in December 2014, they got him to sign a deal with Modi for “strengthening cooperation in peaceful uses of atomic energy”. Next, when Sheikh Hasina came over last April, they got three deals—one to aid each other in nuclear energy, another to exchange know-how in radiation safety, and a third for building reactors in Bangladesh.

Why did the Russians involve us? Simple. They have the expertise, but not enough experts. They have orders for building some 30 plants in 12 countries, but don't have that many thousand engineers and technicians to build them all. We are there next door to Bangladesh, and we have the skills, the stuff and the staff who know how to build and run Russian-designed VVER reactors.

VVER is the Russian acronym for water-cooled water-moderated energy reactor. In Russian they call it 'Vodo-Vodyanoi Energetichesky Reaktor' or 'Water-Water Energetic Reactor'. That sounds a bit like the Ancient Mariner's parched plight ('Water water everywhere, but...'), but the Russians aver that it is the world's most robust and safest reactor design. We have two VVER reactors running in Kudankulam, two under construction, and two more on offer.

The deal also gives Modi a chance to cock a nuke at Pakistan. It was Pakistan who had planned a plant in Rooppur. That was back in 1961, when Rooppur and the entire Bangladesh was their real estate.