From Spring to winter 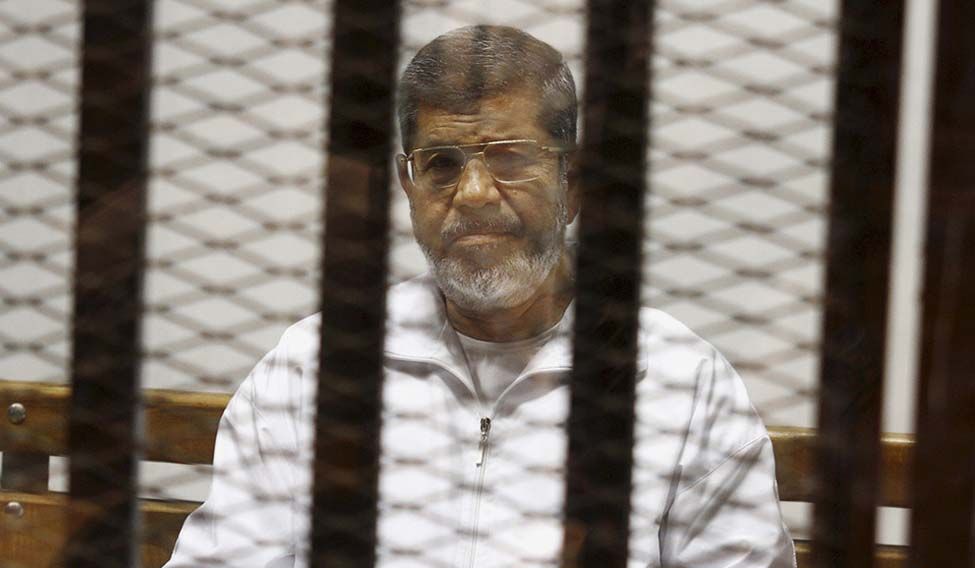 (File) Mohammed Morsi in a defendant cage in the Police Academy courthouse in Cairo, Egypt | AP

The Arab Spring, which began four years ago in the streets of Cairo, seems to be fading away to oblivion. On May 17, Mohamed Morsi, the first democratically elected president of Egypt, was sentenced to death by an Egyptian court. The Islamist leader was punished for his role in a mass prison break during the 2011 uprising that brought him to power.

The prison break took place on January 28, 2011, when Morsi and 33 other members of the Muslim Brotherhood who were arrested with him escaped from the Wadi Natrum prison in Cairo, along with several thousand other prisoners. While Morsi said he walked out of the prison after the guards left their posts, the prosecution argued that Morsi plotted and executed the escape with the help of the Hamas and the Hezbollah, which are banned in Egypt. Judge Shabaan El-Shamy pronounced his judgment at a makeshift courtroom in a converted lecture hall in Cairo’s national police academy, sending Morsi and his associates, including prominent Qatar-based cleric Yusuf al-Qaradawi, to death. He also sentenced 16 others to death on charges of conspiring with foreign armed groups to destabilise Egypt.

The death sentence for Morsi comes less than a month after he was sentenced to 20 years in jail for inciting violence and illegally detaining and torturing protesters while he was president. As El-Shamy read out the verdict, Morsi and his supporters present in the court shouted “down, down with military rule”. Morsi, who came to power in June 2012 after the Muslim Brotherhood won the popular mandate in the first democratic elections held in Egypt. He, however, proved to be an inefficient administrator with the sole aim of implementing the Brotherhood’s agenda. Egypt, which was tired of decades of Hosni Mubarak’s dictatorship grew disillusioned in no time. Protests broke out across Egypt on the first anniversary of Morsi’s government, asking him to step down. With millions of protesters pouring out on the streets, General Abdel Fattah el-Sisi, head of the Egyptian armed forces, deposed Morsi and ordered his arrest. Two years later, Sisi rode a wave of popular support and won the presidential elections with 96 per cent of the votes. The elections, however, were boycotted by Islamic parties.

Morsi, who was held incommunicado at a secret location following his ouster was finally put on trial by the government on a number of charges including treason and sedition. It coincided with a brutal crackdown on Islamists, which saw the murder and imprisonment of tens of thousands of them. Morsi himself has been undergoing a 20-year prison sentence when the court announced death penalty for him.

Death penalty for the former president has attracted widespread criticism from across the world. “We continue to stress the need for due process and individualised judicial processes for all Egyptians in the interests of justice,” said the US state department. Amnesty International criticised the verdict and said death penalty had become the favourite tool for the Egyptian authorities to purge the political opposition. Turkish President Recep Tayyip Erdogan said the Egyptian government was returning to the “old Egypt” by rolling back democracy.

Most observers, however, believe that the verdict is nothing more than a political ploy by Sisi to keep the opposition on the backfoot. The verdict of the Cairo court is not final and the death penalty has to be approved by a number of authorities before it is carried out. It has to be authorised by Shawqi Allam, the grand mufti of Egypt, who is the state’s chief interpreter of Islamic law and its foremost religious authority. Although courts in Egypt have sentenced a large number of Islamic activists to death in the last couple of years, only one has been executed so far. Mahmoud Hassan Ramadan was hanged to death only after the prosecution conclusively proved that he had killed a person during the 2013 riots by throwing him off a rooftop.

Moreover, Allam had rejected last year the death sentence of Mohamed Badie, the Brotherhood’s spiritual leader, and 13 of his supporters and, therefore, most observers believe that he is likely to spare the life of Morsi, who appointed him to the position.

The Sisi government will also have to take into account the possible international repercussions and the likelihood of widespread violence in Egypt if Morsi is executed. A couple of hours after the verdict was announced, three judges were shot down by gunmen on a bus, which many consider to be a warning to the government. Senior Brotherhood leader Ahmed Ramy Elhofy, who was sentenced to death along with Morsi, but in absentia, warned of a backlash. “All the world will pay for this death sentence... and for betraying the principles of freedom and justice,” said Elhofy, who now lives in exile. Worryingly for Egypt, the increasing number of death sentences awarded by the government against the political opposition shows a growing sense of intolerance. The repeated postponement of the parliamentary elections is also an indication of the anti-democratic tendencies of the Sisi government. The repressive measures, too, are extensive. While Mubarak dealt sternly with dissent, there were hardly any political assassinations in Egypt, the reason why Muslim Brotherhood thrived and indeed came to power when free and fair elections were held. Sisi, however, seems to have a contrarian view and if he and advisers choose to go ahead on this path, peace will be at a premium in Egypt in the days to come.

Your form could not be submitted.
This browser settings will not support to add bookmarks programmatically. Please press Ctrl+D or change settings to bookmark this page.
Topics : #World Watch | #Egypt