'She hath a way, Anne Hathaway'

William Shakespeare’s wife, Anne Hathaway, was born in 1556. Shakespeare was eight years younger than her. When they married in 1582, he was 18 and she was 26. Anne Hathaway was the eldest of the eight children of a farmer, Richard Hathaway. They lived in a picturesque farmhouse, called Hewland Farm in the village of Shottery, one mile from Stratford. This farmhouse, which is now known as Anne Hathaway’s cottage, is one of the most visited tourist buildings in England.

Here's a lovely poem believed to have been written by Shakespeare for Anne Hathaway. 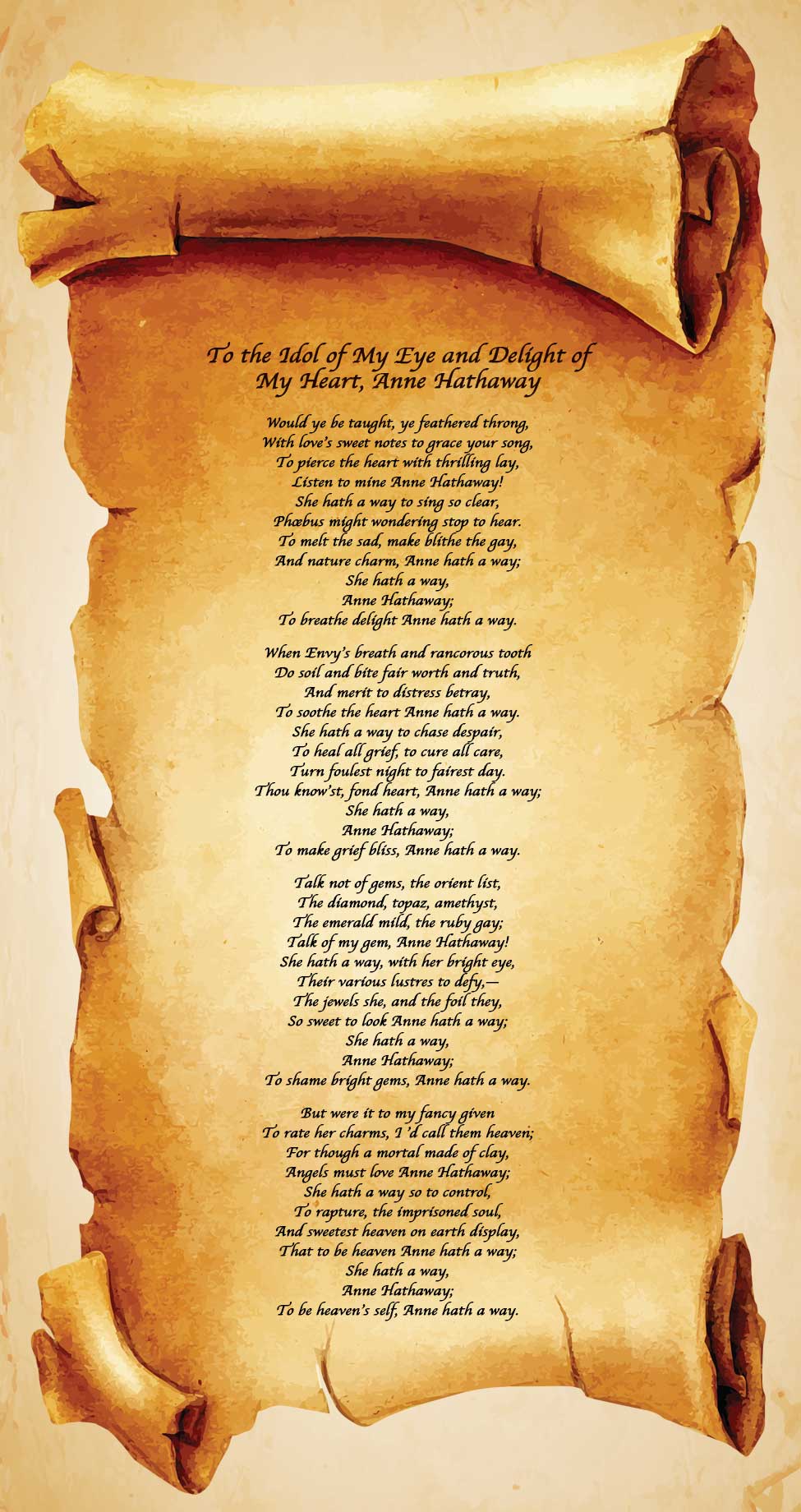