"There is a magic that is unique to India," English magician Drummond Money-Coutts 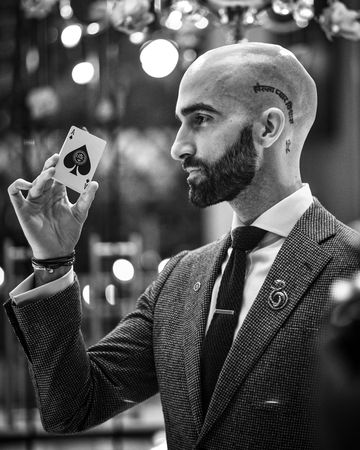 It is 2018, and English magician Drummond Money-Coutts is in Udaipur to perform the Great Indian Rope Trick, where a magician tosses a rope into the sky. A boy climbs the rope. The magician chases after him with a sword and cuts off his limbs, which rain down on the audience. Moments later, the boy emerges from a nearby basket, all limbs intact.

The only problem is that Money-Coutts cannot find anyone in Udaipur who is familiar with the rope trick, which, according to his grandfather who was the editor of Britain’s Daily Telegraph, is nothing but a myth. So, he does his own version of the trick, a kind of tribute to the Indian magicians of yore.

He is trussed with rope and placed in a suspended cage, with swords pinning him into position. The cage is then padlocked, and hung over spikes. Then, the spikes and the ropes holding the cage are set on fire. Money-Coutts has approximately a minute to untie himself, remove the swords, pick the padlock and leap to a safety rope—before the ropes burn through and the cage crashes on to the burning spikes.

There is a tense silence among the audience as Money-Coutts climbs into the cage. The drama builds up as the ropes and the spikes are set afire. As the clock ticks, he works furiously to free himself. And that is when two of the ropes give way. There is a collective gasp as, just in the nick of time, he leaps and latches on to the safety rope.

The rope trick was one of the death-defying stunts he performed for Netflix’s 2018 series, Death by Magic. In the eight episodes that were filmed across five countries, he had to see paramedics thrice. Two of those injuries were life-threatening. He was on oxygen, suffered smoke inhalation and suffered burns to his head.

“When something truly terrible happens and you have seconds to react, you don’t worry. Your brain gets this laser-beam focus and you become utterly riveted on how to get out of the situation in whatever way possible,” says Money-Coutts. “The Netflix series was a different level of nervousness, challenge and pushing myself through incredible emotional, mental and physical discomfort to complete the performances.”

Some might wonder why he puts himself through such ordeals. After all, he was born into the financial dynasty of Coutts & Co, the eighth oldest bank in the world and private financiers to the British royal family. He is heir to the Latymer barony, and studied with Prince William and Harry at Eton. But despite a stint at Goldman Sachs, which he hated, it has always been magic that has held him spell-bound.

As a child, he was quiet and introverted, not particularly bright, sporty or talented. When he was eight, his father took him to a 100-year-old magic shop, the oldest in the UK, situated underneath the vaults of Coutts & Co. In that dimly-lit space filled with props, playing cards and wooden boxes, an old man sat on a stool and performed a card trick for Money-Coutts. He was hooked. “My mind exploded and I realised that I could learn to create that experience for others,” he says. “I knew I never wanted to do anything else.” 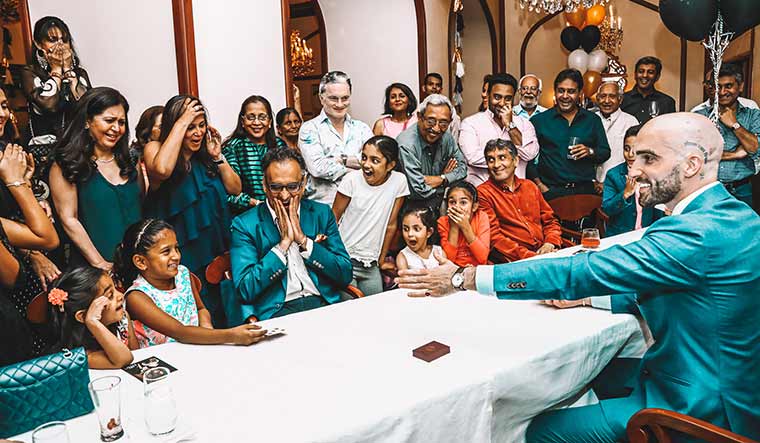 His family was not exactly thrilled to hear that he was not going to follow in the footsteps of his forefathers, but they soon got used to the idea. Money-Coutts remembers going hiking with his father in Africa at the age of 18. His father asked him what his plan A for the future would be. “To do magic,” replied the young Money-Coutts. “Then what would be plan B,” asked his father. “Plan B would be to make plan A work,” he replied.

Fortunately, plan A worked out brilliantly for him. The 35-year-old has travelled worldwide and performed for business magnates, film stars and royals, including Queen Elizabeth II. In 2013, he was commissioned by National Geographic to make a television special, Card Shark, and in 2015, he made a seven-part series called Beyond Magic with DMC for the network. 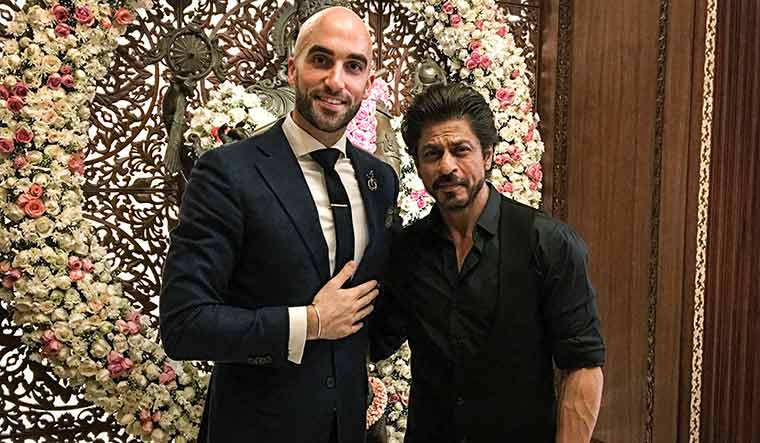 Then Netflix came calling in 2018. His ambition now is to make a television special in India, which he calls his “first love”. “There is a magic that is unique to India – the energy, people, history, culture and music,” says Money-Coutts. “There is no corner of India that does not set my soul on fire. I can land in Mumbai or Delhi at 2am after flying 18 hours from Los Angeles, and when I step off the plane there will be a smile on my face that I cannot control. I would feel like I have come home. It is a love story that is only getting stronger.”

He even has three Hindi words tattooed on the side of his head—hausla, pyaar and vishwas (courage, love and faith). When he was in his mid-20s, he decided he wanted a certain mantra he could hold on to for the rest of his life that would be immutable. So, on the flight from India to Britain, he wrote down three phrases that epitomised his life. When he reached London, he asked an Indian friend how he could encapsulate these phrases in single words. “It is my little piece of India that I carry with me wherever I go,” he says with a smile.

The best thing about magic is that it is a heady equaliser. Whether it is performing on the balcony of the Ambani home at 2am, with the city of Mumbai spread out below him, or doing magic for street children in Udaipur, Money-Coutts loves to see the wonder on people’s faces, and the ability to suspend their disbelief for a few minutes. After all, is that not what magic is all about? He sums up what he means with a Roald Dahl quote: “Only those that don’t believe in magic will never find it.”