Time had many homes before it came to live on digital screens hidden in pockets. It lived in cages strapped to the wrist, and had been chained and confined to vest pockets. It lived on sundials, and shared its bedroom with cuckoos and pendulums. It lived in prime real estate, snootily peering out of high facades at the madding crowd below. Photographer Chirodeep Chaudhuri has been pursuing the last set for 23 years in Mumbai. 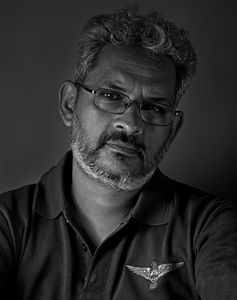 The first public clock to catch Chaudhuri’s attention was in Kolkata’s Esplanade area, but he moved his hunt to the west coast metropolis and the result is Seeing Time, an exhibition that is on at Mumbai’s Max Mueller Bhavan until February 20. The exhibition showcases 81 public clocks in Mumbai, some of them working, some long dead and some literally just a hole in the wall.

Chaudhuri seems to be fascinated by the effect of time on objects and structures. Images on his social media timeline often swing between the timeless and the discarded.

His earliest fan, writer and urban historian Sharada Dwivedi, is no more. It was to her that a young Chaudhuri took his first set of Mumbai clocks’ photos two decades ago. Fascinated by the images, she roped him into a different heritage project, but asked him to continue photographing clocks.