At Delhi Public Library, you will have books and more for company 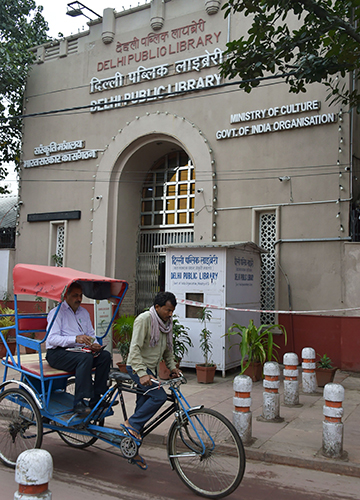 Though Irish playwright and critic George Bernard Shaw penned a passionate defence of public libraries in 1921, he did not want them to be chock-full of people. “A crowded public library is an absurdity, like a crowded laboratory or observatory,” wrote Shaw in The New Republic. He might be appalled to see the flurry of comings and goings on a typical day at the Delhi Public Library. With a colonial bank-like facade, the hallowed edifice has interwoven courtyards and arched corridors buzzing with students, readers and researchers across class and age-groups.

The 70-year-old institution has more than 35 branches and over 150 mobile service points spread across the national capital region. Its services used to be free when it was first set up as a joint venture between UNESCO and the ministry of education in 1951; annual membership fees which started at Rs2 have touched Rs100 now. 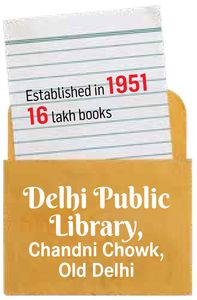 At DPL, all fears around digital media, budget cuts, lack of a reading public, or empty-echoing-halls-with-spooky-shelves are laid to rest. It often seems like a sunny book market next to a university square with students milling around with campus coffee and chai. But even as in-person operations took a hit with Covid-19, DPL did not lose touch with its readers. “We followed the safety measures and operated virtually,” says R.K. Sharma, director general at DPL. “Book-borrowing dates were extended and we also waived off late fees. We have given links to various online resources through our webpage.”

In a 1961 paper written for The Library Quarterly by K. Ramakrishna Rao, who stresses that a library is a social institution, a distinction is drawn between the success of the DPL vis-a-vis the ambitious library development plan of Maharaja Sayajirao Gaekwad across Baroda in 1910. The Central Library and its subsidiaries in the princely state could not be sustained because of the lack of a reading public, unlike in Delhi. Around 1955, the paper notes, DPL had a ‘bookmobile’, which serviced 15 places every week, and seven deposit stations. “It acts as a community centre to meet the cultural needs of the city,” wrote Rao. That tradition continues today, even under tremendous space constraints.

Babita Gaur, former senior librarian and information officer at DPL, had organised initiatives like ‘nukkad nataks’ (street plays), debates and cleanliness drives in slum areas. She left a year ago. Now there are free Wi-Fi services for readers in the central library and the Sarojini Nagar branch. The nine mobile library buses are fitted with GPS. These may sound rather modest additions, but are never easy for an old-fashioned public library in India to easily adopt.

Gaur recalls the time an MBBS student had posted a thankful message on DPL’s Facebook page when he landed a job. “All professions are born in the library, you know,” says Gaur, beaming with pride.