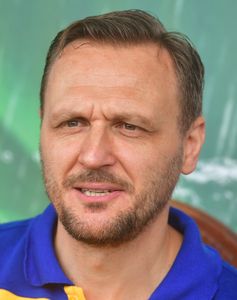 The World Cup, for the first time in history, is in winter. So, we are likely to see many unpredictable things. Nobody has the experience of playing a World Cup at this time. This is an experiment.

During the 2014 World Cup, I remember being in pre-season with my team (Belgian club Standard de Liège). Our player Laurent Ciman was at the World Cup. Some of our young players, like Michy Batshuayi, who now plays for the national team, were on the long-list.

In football, there is no guarantee that you will not get injured. You just keep working the same way, going hard into duels, being dedicated, not worrying about getting injured. You don't have to think about these things in advance. Actually, all the players going to a World Cup need to train hard in order to be ready. If you are in the rhythm, it is easier to go and play in those tournaments.

So, this time, the players will be in good shape and in good rhythm. But, they will be arriving in a country with a different climate and a different approach to things. They will practice in one condition and play in air-conditioned stadiums. Such factors will have an impact.

Normally, when you prepare for the big tournaments, you get six to seven weeks. Now, they only get one week. So, it will be jumping from your club's dynamic to the national team's while preparing for the biggest tournament of your life. It will be quite interesting. I think some big teams may exit in the group phase and some other teams may surprisingly progress further.

I am a big fan of modern football. I like to watch countries like Germany, France, the Netherlands and England. If you speak about different styles, then, of course, Brazil and Argentina. I like it when an African country can surprise us. That is why football is beautiful.

There are many players I am excited to watch. One of the best players from my part of the world, Luka Modrić; I like these intelligent players. There are others, like Toni Kroos (Germany) and Rodri (Spain). I like watching Spain and Portugal; Denmark has a good team.

[My national team] Serbia now has a positive dynamic with a great coach―one of the biggest names ever in Yugoslavian football (Dragan Stojković). There are good players: Dusan Vlahović, the young striker, and winger Filip Kostić, both of whom play for Juventus. Then you have Aleksandar Mitrović, who has been one of the top strikers in English football for years. First up is a tough game against Brazil. In 2018, too, Serbia was in a group with Brazil and Switzerland. But, this time, with these different factors, anything is possible. Serbia can be one of the surprises qualifying for the knockout phase.

If Serbia and Belgium play each other, my heart will be divided. I was born in Serbia. Actually, back then it was Yugoslavia and I am connected to that country. But, since 2005, I have been living in Belgium. That period of my life is well-connected to Belgian football. I like supporting them because I know people in the system. I enjoyed seeing players, who are big names today, grow up and go through the age-groups. If it comes to that (Serbia vs Belgium), whoever wins I will be happy.

―As told to Karthik Ravindranath