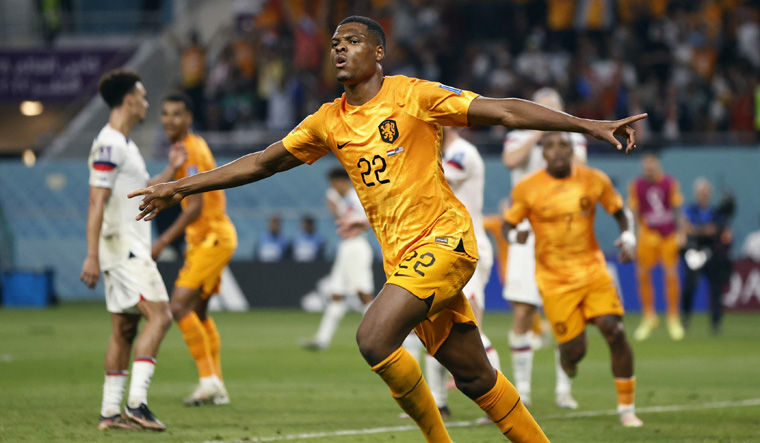 The Netherlands became the first country to qualify for the World Cup quarter-finals beating the United States 3-1 at the Khalifa International Stadium on Saturday.

A 10th-minute effort by Memphis Depay and another from Daley Blind with the last kick of the first half paved the way for the Dutch to set up a last-eight clash with either Argentina or Australia, who were playing later, Reuters reported. Substitute Haji Wright scrambled in a reply for the United States in the 76th minute to give the Americans hope but Denzel Dumfries's volley sealed a seventh quarter-final appearance for the Dutch, the publication reported.

Memphis Depay and Daley Blind's goals gave the Netherlands a 2-0 halftime lead over US. Alex Scott, former England defender told BBC One that the Netherlands were technically better than the US. “They were in control both in and out of possession. And at a tempo that they didn't really exert themselves,” Scott said.