How the internet is changing us 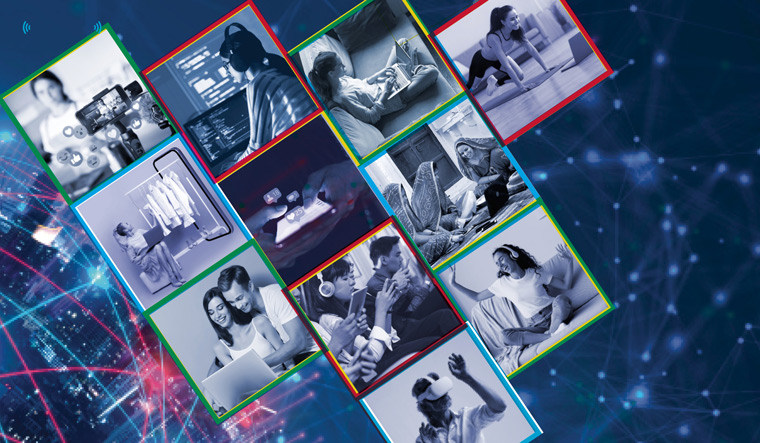 In 1850, a French man, Jules Allix, published a paper about a remarkable invention that would facilitate “universal and instantaneous communication of thought, at any distance whatsoever”. The invention consisted of two unconnected portable boxes containing metal troughs. And in each of these troughs, a snail. It was based on the premise that two snails that have copulated remain mysteriously bonded throughout their lives through an invisible escargotic fluid.

So, this is how the invention works: When one of the snails in the box, which has copulated with the one in the other box, is manipulated, it causes its partner to move. By manipulating snails in numerous boxes corresponding to the French alphabet, one could relay messages from snails in one set of boxes to their partners in the other set, no matter what the distance between the two sets of boxes was.

Allix promised that, with this device, “all men will be able to correspond instantaneously with one another, at whatsoever distance they are placed, man to man, or several men simultaneously, at every corner of the world, and this without recourse to the conductive wires of electrical communication, but with the sole aid of what is basically a portable machine.”

In short, Allix was proposing an internet of snails. The idea did not work, but it underscored spectacularly how innate was our need for interconnectivity, and how far back that need was present. When the internet as we know it came into being, the world finally became networked in the way that Allix had always dreamed of; it was interconnectivity on steroids. The dream was that unhindered communication would turn us into one community. On the internet, there would be no caste or class distinctions. There would be no rich or poor, quiet or garrulous, intelligent or stupid, strong or weak…. You could wipe the slate clean and start all over, building a persona that need have little resemblance to who you were in the “outside” world.

We should have known that such a utopia could never exist. When big tech started monetising the freedom on which the internet was built, there was a price to pay. “Those early years shaped my belief that giving everyone a voice empowers the powerless and pushes society to be better over time,” said Mark Zuckerberg in his famous Georgetown address.

Even as he offered the freedom of expression, the trade-off was the freedom of self-protection. Your data was harvested, your privacy compromised and your personhood reduced to an ad revenue model and an algorithm.

In this package, we seek to document the monumental changes that the internet has brought into our lives. These are changes we all know about, but the more obvious something is, the more it tends to go unnoticed. If in one story, we ask an existential question (“Will you really be you in the metaverse?”) in another, we document the arc of societal change through something as elemental as the portrayal of sex on OTT. From the mental health of a social media influencer to what the emoticons we use tell about us, we track the manner in which the internet is in us, as much as we are in the internet.

Those of us who have seen a time before the internet are soon becoming fossils. The world now belongs to the digital natives—those born and bred on the internet. They can never be weaned off it. It has reset their hardware and their software. All we can ask of them is to treat us with sympathy. We might not have watched BTS on YouTube, but we did listen to the Beatles on an archaic piece of technology known as a Walkman. And what John Lennon memorably sang could have been our dream for the internet: “Imagine all the people living for today… Imagine there’s no countries, nothing to kill or die for… Imagine no possessions, no need for greed or hunger, a brotherhood of man… I hope someday you’ll join us… and the world will live as one.”