People who use emojis are more empathetic, finds study

Also, the more emojis you use, the more dates you get to go on 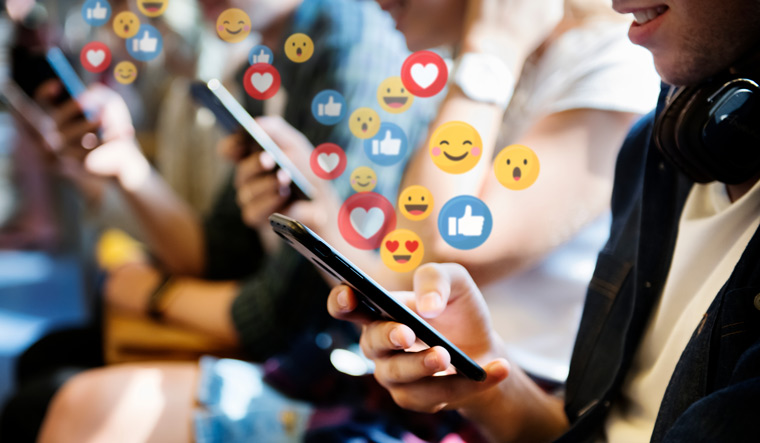 That was the power of punctuation. And every wordsmith worth his dictionary knows about the panda who eats shoots and leaves. The all-powerful comma decided whether it was a trigger-happy panda or just a hungry one.

In this age of emoticons, however, it is questionable whether the comma wields the same power. Today’s generation would just use a smiley face after the hungry panda and an angry one after the gun-wielding one. Semi-colons, commas and long-dashes are gasping for breath on mobile devices. If you are not emoticon-literate, you can get into a sea of trouble— literally. Like my aunt who wanted to post a prayerful emoticon on WhatsApp after hearing the news of an acquaintance’s demise. Unfortunately, instead of the devout ‘hands clasped together’ emoticon, she posted the ‘hands mirthfully clapping’ one. The relatives were stunned at this blatant display of enthusiasm at the death of their loved one.

“Far from being some passing fad, emoji reflects, and thereby reveals, fundamental elements of communication; and in turn, this all shines a light on what it means to be human,” writes British linguist Vyvyan Evans in his book, The Emoji Code. According to him, emojis build on our evolutionary, deep-seated, species-specific impulse to cooperate. And they are further expanding the human potential to communicate.

Although emojis became a standard on the Apple electronic keyboard in 2011, some might say that 2015 was the watershed year for them, writes Evans. That was the year that tennis star Andy Murray sent a pre-wedding message to his soon-to-be bride, Kim Sears, expressing his joy, nervousness and hopes for the day—entirely through emojis. That was also the year that the Australian minister for foreign affairs, Julie Bishop, conducted the world’s first political interview only in emojis; it was posted on Buzzfeed. Asked to pick emojis for world leaders, she chose the ‘running man’ emoji for then Australian prime minister Tony Abbott and the ‘angry red face’ emoji for Russian president, Vladimir Putin. That was also the year that artist, designer and author Joe Hale translated the whole of Lewis Carroll’s Alice in Wonderland into emojis. By the end of 2015, the emoji held pride of place in the Oxford Dictionary, when it was named as its Word of the Year.

So why are emojis so popular? One reason could be the widely-cited Poe’s law, which surmises that there is a high chance of digital text being wrongly interpreted in the absence of an emoji. “Without a winking smiley or other blatant display of humour, it is impossible to create a parody of fundamentalism that someone won’t mistake for the real thing,” states Poe’s law. In other words, there is nothing as dangerous as posting certain kinds of humour without an accompanying emoji. Professor Shailendra Mohan, a linguistics scholar and director of the Central Institute of Indian Languages, Mysuru, agrees. “Written language does not give you the same effect as sound,” he says. “The tone and intonation patterns, which help in conveying the meaning, are missing. Emojis can be used to give the feel of speech. They are thus better able to express your feelings.”

In some ways, feels Kameswari Padmanabhan, a 35-year-old radiologist from Kochi, emojis are a reflection of the façade we present to the world. “Take the crying-with-laughter emoji,” she says. “Are we not exaggerating the emotion behind that emoji when we post it? There is some amount of fakery when we sit poker-faced and post a picture of us crying with laughter. In many ways, this faking of emotions is part of our culture, and emojis are just a reflection of it.”

Interestingly, the emojis we use say a lot about us. According to a 2016 study published in Computers in Human Behaviour, people who use emojis tend to be more agreeable than those who don’t. They were also found to be more socially receptive and empathetic. Also, people who were more self-aware tended to use less sad emojis.

And here’s a question for everyone who thinks using emojis is dumb: How’s your love life? Because, according to a survey by the dating site, Match.com, the more emojis a singleton uses, the more dates they get to go on, and consequently, the more sex they have. Fifty-four per cent of those who report using emojis regularly had sex, compared with 31 per cent of those that don’t. “In essence, it is not emoji use per se that gets you more dates,” says Evans. “Rather, emoji users are more effective communicators…. Their messages have more personality, and better convey the emotional intent of the text message. In turn, this leads to greater emotional resonance in the recipient.” Evans, however, is quick to warn that correlation does not entail causation. You cannot simply start using emojis in your text messages and expect to start being invited out on more dates, he says. Now, is there an emoji for ‘Damn the man and his logic’?