Religious and caste divisions could not counter the AAP wave 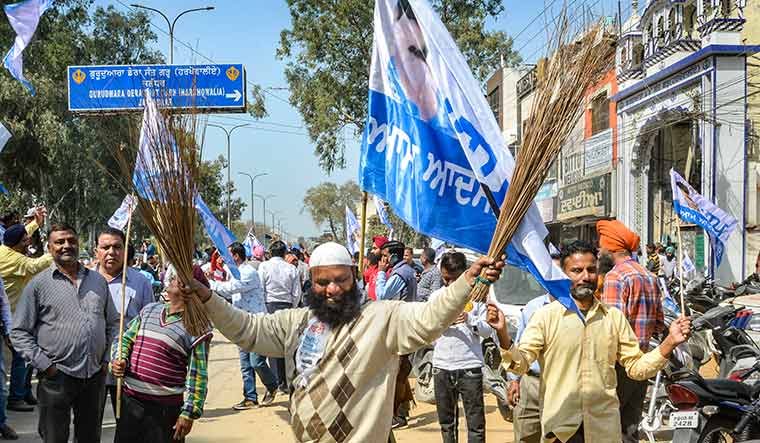 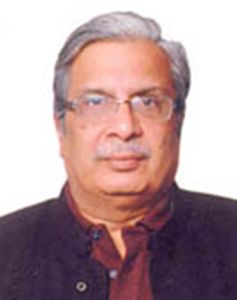 PUNJAB URGENTLY needs a paradigm shift in the development path. Unfortunately, the recently concluded assembly elections had everything else except a serious debate on solutions to challenges like stagnation in agriculture, creating avenues for youth, linking agriculture with industry, reclaiming the capital city as an investment pole and evolving models for providing citizens access to ease of living. It became a battle royale of false claims and empty promises to entice voters. Political parties became dharamshalas without doors, with popular politicians hopping from one party to another.

Elections have been reduced to a ritual of democracy and just a matter of perceptions and popularity ratings of leaders alone, and not of political parties. And, the only slogan audible has been ‘change’, which has come to mean giving freebies and doles and selective targeting of political adversaries as a substitute for competitive politics. The overall approach has been to use a cocktail of doles and promises to cater to everyone’s taste. So, we had ‘menu-festo’ rather than manifesto. There is a menu card for farmers, traders, students, dalits, industrialists and women. The credit for this invention goes to the AAP. It was strange that the agenda of politics could not mirror the issues raised by the year-long farmers’ protests.

The apathy of voters with the existing system became visible— as the votes polled were 5 per cent less than that in the 2017 assembly elections. In 76 of 117 constituencies, the decline in the votes polled was between 5 to 12 per cent.

This election was different, as it moved from two-party to multi-party contests. New electoral alliances were formed, and blatant attempts were made to polarise the electoral space on the basis of religion and caste. To counter this, the deras were invoked to weaken the exclusive vote bank politics. The grammar of electoral discourse was dominated by doles, deras and drugs, garnished with identity politics, ranging from endorsing of the dalit identity, radical Sikh assertions, activating insecurity among the Hindu minority and revival of Jat peasantry hegemonic politics.

The AAP had an advantage as it did not have any historical baggage and did not locate itself in any fault lines of caste, religion or region. It largely followed a ‘catch all’ approach. And the activisation of various fault lines could not act as impediments to the AAP. The Shiromani Akali Dal, meanwhile, had a baggage of the sacrilege cases. And the Congress was facing huge anit-incumbency. Added to this was the self destructive struggle between the warring Congress leaders like Navjot Singh Sidhu, Channi, Sunil Jakhar and Pratap Bajwa.

In Punjab, there are no exclusive vote banks based on religion or caste, unlike in many other states. There are no neat categories of minority (Hindu) and majority (Sikhs). For instance, the Hindus struggled with majority-minority complex, perceiving themselves to be a majority in India and a minority in the reorganised Punjab, and vice-versa with the Sikhs.

The duality of minority persecution complex and majority arrogance complex shapes both the contestation between the Sikh-dominated Akali Dal and the Hindu-dominated BJP as well as the electoral compulsions for coalition strategies to capture political and economic power. The Akali Dal and the BJP formed four post-poll coalitions before 1992 and four pre-poll alliances since 1997. The ideological explanation given by the SAD and the BJP was that to protect and promote their exclusive support bases, the coalition was essential.

There has been a change in the political strategy of the BJP—it is branching out by regionalising its own agenda, leadership and symbols, and has carved out an alliance with Capt Amarinder Singh’s Punjab Lok Congress. This has also exposed the BJP’s electoral strategy of attempting to marginalise regional parties.

In this election, the SAD has not entered into a pre-poll alliance with the BJP over the farm bills issue. It has instead allied with the Bahujan Samaj Party (BSP)—an alliance that has come about after two and a half decades.

Not surprisingly, this coalition of the opposites existed within the Congress, too, which claimed to be secular. The Congress represented a coalition of Sikh leaders (who were votaries of Punjabi Suba—political movement demanding the creation of a Punjabi-speaking state) with Hindu leaders (who were in the forefront of the Hindi agitation and in favour of Maha Punjab).

It all started with the manner in which the Congress leadership replaced Capt Amarinder Singh just a few months before the election. When the name of Jakhar (a Hindu) was doing the rounds, the Congress spokesperson made a statement that only a Sikh could be the chief minister—a remark that did not go down well with the Jat Sikhs and the Hindus. The nomination of a Scheduled Caste chief minister for the first time created a buzz. But has it led to a consolidation of SC votes to a particular leader or party? Perhaps no.

The religious reforms movements, particularly Sikhism and to an extent Arya Samaj, weakened the behavioural aspects of inter- and intra-caste practices of the Sikhs and Hindus. The Scheduled Castes acquired more social and political bargaining space. They found representation across political parties rather than merely in a caste-based political party, such as the BSP.

The religio-caste divisions, Dera factor, regional variations (between Majha, Malwa and Doaba) and consolidation of Urban Hindus could not counter the AAP wave. The decimation of the SAD and marginalisation of the Congress in elections by the AAP is historic. It is a signal that the AAP is all poised to replace the Congress and out-compete the BJP particularly in Himachal Pradesh and Haryana.

In Punjab, as is evident, the status quo has become unsustainable. Therefore, it is urgent that the political leadership ought to think afresh and demonstrate its sincerity and will to implement the pro-people agenda. But perspectives on development in Punjab have hinged merely on government debt. Undoubtedly, it is worrisome. There are states which are under heavy debt, but are maintaining their pace of development. The crisis in Punjab is not merely confined to the grim fact that the state debt is mounting or that unemployment is rising, or that dalits are reduced to penury, or that drug addiction, female foeticide and farmer suicides are on the rise, the real crisis is the manner in which these problems ought to have been effectively addressed.

The writer is director, Institute for Development and Communication, Chandigarh.