BCCI ensured the careful return of cricket after the lockdown 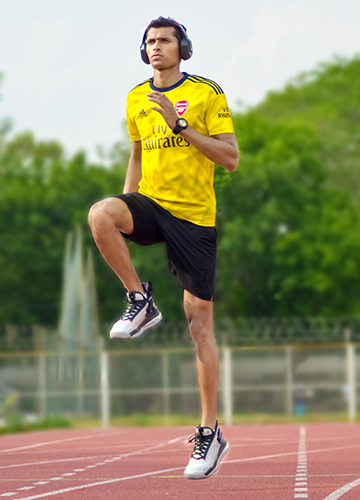 Recovering from his multiple coronary stent procedures at his home in Behala, Kolkata, Sourav Ganguly must be a happy man as he catches the cricket action on the telly. The BCCI president and his office bearers had taken their time to finally allow cricket to resume in India after the nationwide lockdown was lifted last year. Even as other sports restarted training, cricket remained at a standstill. The BCCI agreed to organise the 2020 edition of the Indian Premier League in November, hosted by the United Arab Emirates.

Much before the pre-season training for the IPL formally began, most cricketers were training at their homes. Navdeep Saini was one of them. The 28-year-old fast bowler from Karnal, Haryana, plays domestic cricket for Delhi and is with Royal Challengers Bangalore in the IPL. He has had an eventful six months. He went from training at his family farm during the lockdown to entering the IPL bio-bubble in October, before moving to another bubble in Australia, where he made his Test debut, though he was originally drafted as a net bowler.

“When the lockdown started, we all went home,” Saini told THE WEEK. “We knew we would have to resume training after some time and be prepared for it. I consulted my friends and got my gym equipment over to our farmhouse. I would run and keep myself busy. The focus was on ensuring that it would not take much time for me to get back into action.”

For the BCCI, hosting IPL 2020 was crucial. But despite the national lockdown ending, the Covid scenario at key venues was not conducive. “Of course, we were very worried before going ahead with the IPL,” said BCCI treasurer Arun Dhumal. “If we did not conduct the IPL, it would have greatly impacted the balance sheet of the BCCI. The revenue earned from it is pumped back into domestic cricket. Some international sports, like tennis and football, resumed competitions but had hiccups in terms of cases and bio-bubble breaches. But we thought we should go ahead and put the best protocols in place. We executed it well. The way we conducted IPL could be an example for other sports, too.”

The BCCI pulled out all the stops to ensure Covid protocols were strictly followed by all—officials, players, broadcasters, staff. It roped inÅRestrata, a British technology firm, to provide a safety management platform to manage movement between IPL venues, training grounds and team hotels.

Despite the absence of spectators, the players were just happy to get back to work. “When we had to go to the IPL, it was a bit difficult to start playing immediately, and it took time to build my workload,” remarked Saini. But he lauds the BCCI for choosing to resume cricket with the shortest format.

“The quarantine period before the IPL was a bit difficult as one could not venture out of the room,” said Saini. “But at least we knew when it ended we would be going to the ground. There was a sense of excitement of getting to play again. That you were getting to meet fellow teammates again was incentive enough.”

The rules included no after-match parties and restricted access to players and families. But each franchise arranged for a ‘Team Room’ in the hotels, which had various activities. Saini said this informal space was important to break the monotony.

Unlike many of Saini’s domestic cricket colleagues who returned home after the IPL, his bio-bubble life would continue in Australia. The BCCI had sent the entire T20, ODI and Test squads plus support staff and back-up players all together. Australia's stricter Covid protocols were not easy, but this brought the team together and the focus remained firmly on the cricket.

The joy of getting to don the India cap was bigger than the frustration of the restrictions for Saini and the young guns who came good on the tour. “You are playing for the country, and there is the excitement of international cricket,” he said. “It was such a big series. So, we were not bothered about the restrictions or the bio-bubble.” After the series Saini returned home to meet his family after six months.

Dhumal said the Australia tour was no doubt very taxing for the players and support staff. “But we are so proud of them,” he said. “They never let these things impact their performance. The restrictions for the Australians were different, while [our] players were there without family and could not venture out, while the rest of the city was open.”

The tour was a win-win situation for both, hosts and visitors. While Cricket Australia was happy with the revenues and all-time high television ratings, the BCCI and Indian cricket fans were over the moon with the result.

There was also the satisfaction of seeing live cricket back on TV. “There was so much gloom in 2020 that the IPL brought much cheer to fans,” said Dhumal. “It was the only real entertainment. There were no movies released and nothing else was happening except on the OTT space.” He adds that IPL 2020 had a 15 to 20 per cent increase in viewership over the 2019 season.

Having overcome the hurdle of organising international cricket at home by hosting England, the BCCI is now preparing for the next IPL edition this summer and to host the bilateral series that are pending. And yes, it has also kicked off the curtailed domestic fixtures, though the Ranji Trophy will not be played for the first time since its inception. The only big challenge left is to ensure the women’s teams get enough game time. The BCCI has made some effort to restart women’s cricket like the ongoing series against South Africa but a lot more needs to be done.