They helped people suffering from mental health repercussions of COVID-19 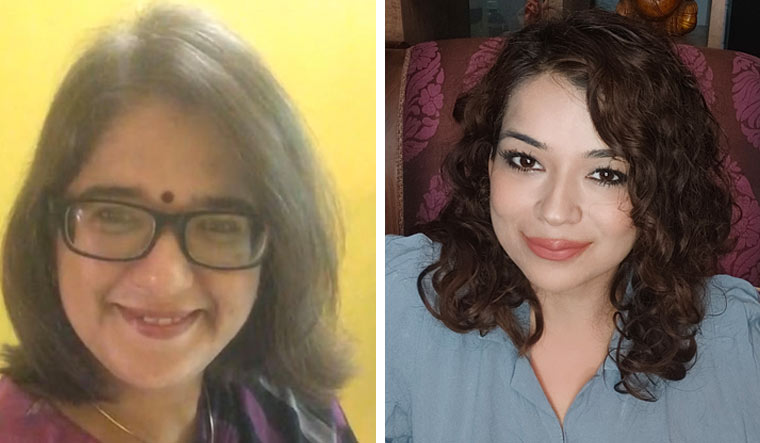 In February last year, Dr Prerna Sharma, a clinical psychologist from a tertiary medical college in Delhi, got a notice from the health ministry informing her that she was to be posted at a quarantine camp at the Indo-Tibetan Border Police (ITBP) facility, nearly 30km from where she stayed. She was skeptical about what her role was to be. After all, what could be the need for a clinical psychologist in a quarantine camp?

At the centre, she was met by gun-toting soldiers wearing masks and introduced to the team of doctors from AIIMS and ITBP forces, and virologists and scientists from the National Centre for Disease Control (NCDC). In a distant building cordoned off by tents and guarded by soldiers stayed 406 Wuhan returnees. Curious and a little scared, she dropped all her reservations and gave herself up wholly to the task of alleviating the anxiety of these people. Wearing a PPE kit, she went to each floor of the facility and spoke to as many people as she could. Most people were experiencing the anxiety of staying in an unfamiliar place, unpreparedness, apprehensions about the virus, sudden displacement from work or studies and being away from family.

By the end of two weeks, she had gained a lifetime of experience. But it was not easy. “It was so hard to separate my personal life from the stories I was hearing,” she says. “I was out for more than 300 days, and when I came back home, I did not have the luxury of isolating myself. I had my family, including my five-year-old son, to take care of. No one prepares you for this kind of thing.”

“In March last year, we created a WhatsApp group to reach out to health care professionals and put up posters for tele-counselling services for the people,” says Nithya H.M., assistant professor of clinical psychology at the Government Medical College, Chengalpet, who is also part of the Indian Association of Clinical Psychologists. “We started with work in Tamil Nadu and later it became pan India.” They also liaised with the Institute of Mental Health and the Madras Medical College, which provided them with a list of Covid positive patients each morning. Their team of volunteers would then make around 20 calls each a day to these patients and their families. Details of patients, including pre-morbid conditions, were documented in a Google form.

This has been a taxing period for her. She relocated from Chennai to Chengalpet in March so that she could avoid the commute from home to the hospital. “Initially, I slept only for four to five hours a day, thinking about strategies to deal with the potential mental health issues and to promote positive mental health among both health care professionals and the public at large,” she says.

And it is not just individual mental health workers who have upped their game. Certain mental health startups, too, have risen to the occasion. Trijog, for example, founded by a mother-daughter duo in 2014, is providing discounted sessions to deal with the increased case load during the pandemic. Wysa, an AI chat bot created to help address mental health problems, was chosen by ORCHA, a health app evaluator, as the best platform for Covid-related stress and anxiety. ePsyclinic, started by Gurgaon-based Shipra Dawar in 2015, was the exclusive partner for several state governments including the Haryana and Rajasthan governments, to take care of people’s mental health needs during the pandemic. “We provided pro bono counselling to 2.7 lakh people, which included ASHA workers, migrant labourers, senior citizens, blue collar workers like Zomato and Swiggy delivery executives, and women facing domestic abuse,” says Dawar.

Dr Varghese Punnoose, professor and head of department of psychiatry, Government Medical College, Kottayam, Kerala, says: “When the second Covid patient in India—a medical student from Wuhan—was admitted in my hospital last January, I had no idea that psychiatrists would have any role to play in the treatment,” he says. “So I did not even attend the training programme on how to wear PPE. But the next day, I had to get into the Covid isolation room wearing PPE because one of the patients refused to undergo tests; he was angry and in denial. That was an eye-opener.”

He says some of the challenges they faced included dealing with alcohol withdrawal symptoms among those in Covid wards, stigma against those suspected to have Covid, managing patients who required close supervision and physical proximity, and handling the epidemic of student suicides during the lockdown and the burnout experienced by health care workers.

These challenges may only be set to grow, he says. According to The New York Times, the hidden fourth wave of the pandemic is going to be the mental health crisis. Are we prepared for a possible deluge of mental health problems? Dr L. Sam S. Manickam, a professor of clinical psychology, does not think so. “After the 9/11 attacks, 5,000 volunteers were given training in psychological first aid to deal with the mental health fall-out of the attacks,” he says. “In India, after a natural calamity, the National Disaster Management Authority deals with the physical dimension. But the psycho-social aspect is sadly neglected.”